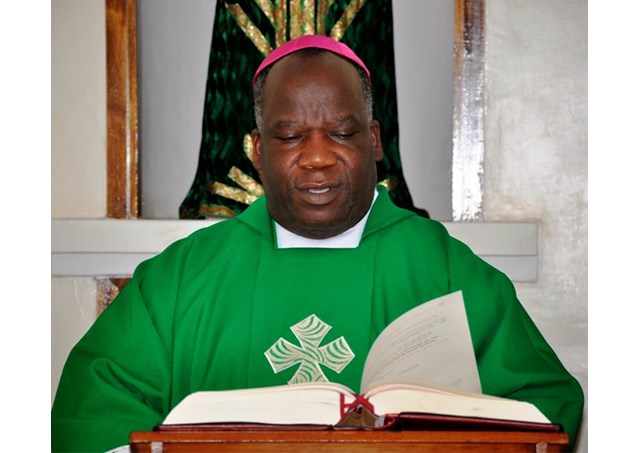 The Archbishop of Blantyre Archdiocese and Chairman of the Episcopal Conference of Malawi (ECM), Thomas Luke Msusa, has challenged those that are calling for pro-abortion legislation in Malawi to allow for a referendum.

He said those that are for the pro-abortion bill should not generalise that the majority of Malawians support the abortion bill because as far as he was concerned Malawians are a God-fearing nation against the bill.

Archbishop Msusa also categorically refuted claims that the Catholic Church in Malawi was ever represented on the Special Law Commission when the abortion bill was proposed.

He said as Catholic Bishops in Malawi; they already issued a Pastoral Statement in 2013 where consistent with the teachings of the universal Church, they made their position very clear on abortion, homosexuality and population control.

“We note in particular that there are some worrisome trends in our democratisation and emancipation that push for a worldview independent of and side-lining God, and making human beings dependent on their own intellect, determining for themselves what is right and what is wrong. We are saddened to read that religion should not regulate morals,” said Archbishop Msusa on Wednesday, this week, when he opened a two-day international Congress of Families, in Malawi’s capital of Lilongwe.

According to Archbishop Msusa, the recent campaign calling for the termination of pregnancy or abortion law is contrary to the principle of human dignity and sanctity of life.

“We believe that life begins at conception; sacredness and sanctity of human life; both the mother and unborn child have the right to life and that all instances of direct abortions are a violation of the rights of the unborn because it is a willful killing of innocent life,” the Archbishop said.

He said the mission and mandate of the Church is to protect and defend life hence the position of the Catholic Church has not changed.

On 6 December 2016, various religious groups in Malawi held street protests to oppose pro-abortion legislation. The country's existing law allows pregnant mothers whose lives are deemed to be in danger, to obtain an abortion.

In May this year, the Malawi Government released and gazetted the Termination of Pregnancy Bill to the general public signaling its desire to proceed with enactment.