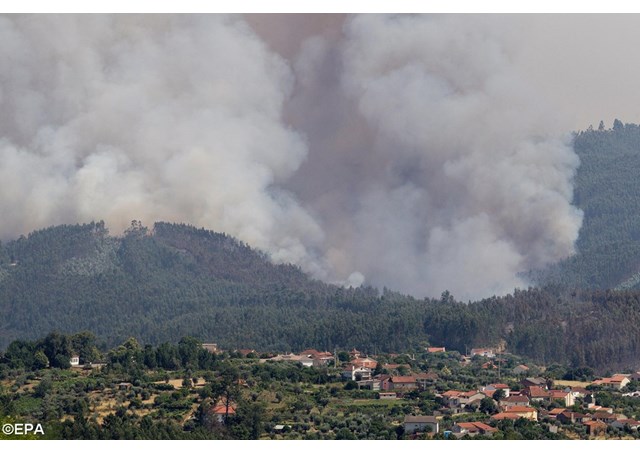 (Vatican Radio) After the recitation of the Marian prayer on Sunday in St Peter’s Square, Pope Francis expressed his closeness to the people of Portugal following devastating forest fires in the Pedrógão Grande area, south-east of Coimbra, which have killed and injured numerous people.

The Holy Father also recalled that on Tuesday World Refugee Day promoted by the United Nations will be observed and has as its theme "With Refugees”.

The Pope said that “today more than ever we have to support refugees. " We remember those, women, men, and children Pope Francis added, fleeing conflicts, violence and persecution and those who have lost their lives in the sea or in extravagant land trips.

Their stories of pain and hope, underlined the Holy Father, “can become opportunities for fraternal encounter and true mutual knowledge. Indeed, he said, personal encounter with refugees dissipates distorted fears and ideologies, and becomes a growth factor in humanity, capable of giving space to feelings of openness and building bridges.”

During his address Pope Francis also had a special greeting for a group of representatives from the Central African Republic and the United Nations, who are in Rome for a meeting promoted by the Community of Sant' Egidio. “I have in my heart, the Pope recalled, “the visit I made in November 2015 to that country and I hope that with the help of God and the good will of all, the peace process, which is a necessary condition for development, will be fully reinvigorated and strengthened.”