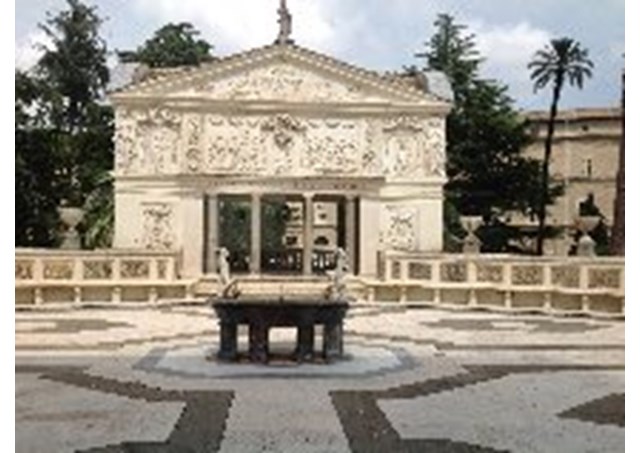 (Vatican Radio) The Pontifical Academy of Sciences has issued a statement following its summit on Organ Trafficking and Transplant Tourism which was held in Rome this week. In it the participants resolve "to combat these crimes against humanity through comprehensive efforts that involve all stakeholders around the world."

Below find the English language statement

In accordance with the Resolutions of the United Nations and the World Health Assembly, the 2015 Vatican Summit of mayors from the major cities of the world, the 2014 joint declaration of faith leaders against modern slavery, and the Magisterium of Pope Francis, who in June 2016, at the Judges’ Summit on Human Trafficking and Organized Crime, stated that organ trafficking and human trafficking for the purpose of organ removal are “true crimes against humanity [that] need to be recognized as such by all religious, political and social leaders, and by national and international legislation ,” we, the undersigned participants of the Pontifical Academy of Sciences Summit on Organ Trafficking,  resolve to combat these  crimes against humanity through comprehensive efforts that involve all stakeholders around the world.

Poverty, unemployment, and the lack of socioeconomic opportunities are factors that make persons vulnerable to organ trafficking and human trafficking for the purpose of organ removal.  Destitute individuals are victimized  in schemes of organ trafficking  when induced to sell their organs in a desperate search for a better life. Similarly, desperate are the patients who are willing to pay large amounts and travel to foreign destinations as transplant tourists to obtain an organ that may keep them alive--- oblivious of the short and long-term health  consequences  of  commercial  transplantation.  Unscrupulous  brokers  and  health  care  professionals  make  organ  trafficking possible,  disregarding the dignity  of human beings. The  operative procedures  are performed  in  unauthorized facilities that clandestinely serve transplant tourists. But organ trafficking  can also occur  at legitimate facilities,  in situations where individuals  who are willing to sell their organs  present themselves  to transplant centers  as a relative  or altruistic friend of the recipient.    The media have made an important  contribution  to  public  understanding  in  highlighting  the  plight  of  trafficked  individuals  by  publishing  their  independent investigations of transplant-related crimes and corrupt healthcare professionals and unregulated facilities.

The legal instruments  of the recent past are an important link to emerging  innovative policy to combat social inequality.  Trafficking in human beings for the purpose of organ removal and organ trafficking are contrary to the United Nations General Assembly 2030 Agenda for Sustainable Development as an issue of human rights and social justice because the poor are exploited for  their organs and yet not able to receive a transplant if they suffer organ failure. Jeffrey Sachs has written that  “Sustainable development argues that economic policy  works  best  when  it  focuses  simultaneously  on  three  big  issues:  first,  promoting  economic  growth  and  decent  jobs;  second, promoting social fairness to women, the poor, and minority groups; and third, promoting environmental sustainability” . Countries in conflict and without domestic stability can become the locations of transplant-related crimes.

Progress has been made by healthcare professionals aligned with the Declaration of Istanbul to curtail organ trafficking.  Nevertheless, a number of  destinations for transplant tourism remain around the world  where appropriate legislation  to curtail these crimes  and protect the poor and vulnerable do not exist or are poorly enforced. These practices also persist because some states have failed in their responsibility to meet the need of their citizens to obtain an organ transplant.

Thus, aware of the UN Sustainable Development Goals, the UN Palermo Protocol  on Human Trafficking, the Resolutions of the World Health  Assembly  (2004  and  2010),  the  Council  of  Europe  Convention  against  Trafficking  in  Human  Beings,  the  Council  of  Europe Convention against Trafficking in Human Organs, the Madrid Resolution on Organ Donation and Transplantation, and the Declaration of Istanbul, and as a result of the data on organ trafficking presented at this PAS Summit on Organ Trafficking, we the undersigned pledge our commitment to combat these illicit and immoral practices as a community of stakeholders fulfilling the directive of Pope Francis to combat human trafficking and organ trafficking in all their condemnable forms.

The  following  recommendations  from  the  PAS  Summit  on  Organ  Trafficking  are  proposed  to  national,  regional  and  municipal governments, ministries of health, to the judiciary, to the leaders of the major religions, to professional medical organizations, and to the general public for implementation around the world:

1.  That all nations and all cultures recognize human trafficking for the purpose of organ removal and organ trafficking, which include

the use of organs from executed prisoners and payments to donors or the next of kin of deceased donors, as crimes that should be

condemned worldwide and legally prosecuted at the national and international level.

2.   That  religious  leaders encourage ethical organ  donation and condemn human trafficking for the purpose of organ removal and

3.  That nations provide the resources to achieve  self-sufficiency in organ donation at a national level—with regional cooperation as

programs in an ethical and regulated manner.

4.  That  governments  establish  a  legal framework that  provides  an explicit basis for the  prevention and  prosecution of transplantrelated crimes, and protects  the victims,  regardless of the  location where the  crimes  may have been committed, for example  by

becoming a Party to the Council of Europe Convention against Organ Trafficking.

5.   That healthcare professionals perform an ethical and medical review of donors and recipients that takes account of their short- and

6.  That  governments  establish registries of  all  organ  procurement and  transplants  performed within their jurisdiction as well as all

transplants  involving  their citizens and residents  performed  in another jurisdiction, and share appropriate data with international

7.   That governments develop a legal framework for healthcare and other professionals to communicate information about suspected

cases of transplant-related crimes, while respecting their professional obligations to patients.

8.  That responsible authorities, with the support of the justice system, investigate transplants that are suspected of involving a crime

9.  That  responsible  authorities,  insurance providers, and charities  not cover the costs of  transplant procedures that  involve human

trafficking for the purpose of organ removal or organ trafficking.

10.   That  healthcare  professional  organizations  involved  in  transplantation  promote  among  their  members  awareness  of,  and

compliance with, legal instruments and international  guidelines against organ trafficking and human trafficking for  the purpose of

and Crime, and other international bodies cooperate in enabling  a comprehensive collection of information on transplant-related

crimes, to yield a clearer understanding of their nature and scope and of the organization of the criminal networks involved.