Pope at Audience: ‘Christian hope born of trust in God's word, not idols’ 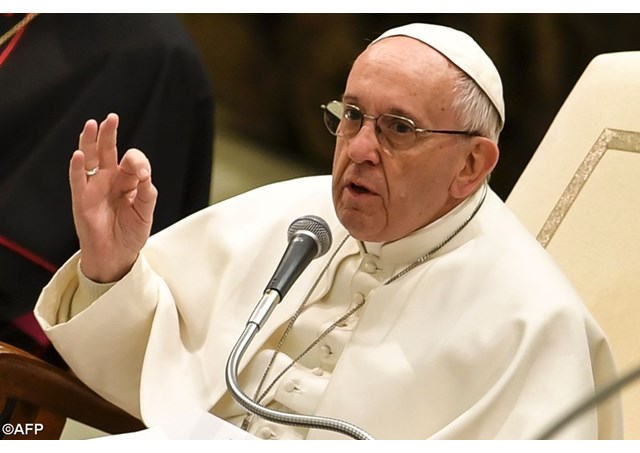 (Vatican Radio)  Pope Francis continued his series of catechesis on Christian hope at his Wednesday General Audience, in which he contrasted authentic hope, born of trust in God's word, with the temptation of false hope in idols.

Taking issue with the false idols offered by our modern world, Pope Francis at his Wednesday General Audience said that “hope is a primary need in man” but that we can get lost in our search for security by trusting in the false hopes offered by idols.

He said the Scriptures teach us that side by side with authentic hope, born of trust in God’s word, we can be tempted by false hopes and worldly idols, like money, power or physical beauty.

Idols, he said, “confuse the mind and heart, and, instead of favoring life, they lead to death.

The Pope then told a story he had heard in Buenos Aires of a “very beautiful woman who bragged of her beauty”. The woman commented, he said, “as if it were natural: ‘Oh yes, I had to have an abortion because my figure is very important.’”

He went on to say, “Faith is trusting in God, but there comes a moment in which [we], confronted with life’s difficulties, experience the fragility of that trust and feel the need for other certainties, more tangible and concrete.”

The Scriptures, especially the prophets and wisdom writers, he said, reveal the fleeting nature of idols and the hope they offer.

In Psalm 115, the Psalmist ironically presents these idols as silver and gold, made of human hands.

“The message of the Psalm is very clear,” Pope Francis said, “one who places their hope in idols becomes like them: empty images with hands that don’t touch, feet that don’t walk, mouths that cannot speak. One has nothing else to say and becomes incapable of helping, of changing things, of smiling, giving of oneself, and of loving.”

In contrast, God is always greater than we are, making us incapable of reduce God to our size, made in our own image and tailored to our desires.

The Holy Father concluded, with Psalm 115, that the grandeur of God enables Christians to trust and hope in the Lord.

“Trusting in the Lord, one becomes like Him; His blessing transforms us into His children, who share His life. Hope in God makes us enter, as it were, within the range of God’s action, of His memory which blesses and saves us.”