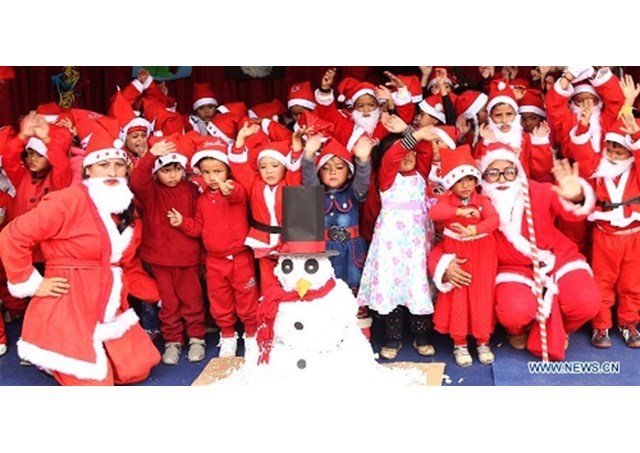 Reversing a decision made earlier this year, the government of Nepal restored Christmas to the list of public holidays.

The Government decision to reinstate Christmas as a national holiday, was reportedly taken under pressure from minority groups. Back in April this year, the government of former Prime Minister Khadga Prasad Oli, a member of the Communist Party of Nepal (Unified Marxist–Leninist), had removed Christmas from the list of statutory holidays. Christian leaders objected, observing that the decision would make it difficult for workers to observe the day.

Nepali President Bidya Devi Bhandari led the public celebrations. In her address to Christian leaders, she said that she hoped that this occasion "would reinforce feelings of love and unity among Nepali citizens and inspire everyone to respect the Constitution in the name of a peaceful and prosperous Nepal."

The nation of 29 million has few Christians: it is 81% Hindu, 9% Buddhist, and 4% Muslim, with 3% following the indigenous Kirant Mundhum religion.

Even former Nepali King Gyanendra Shah and his son joined in the celebrations. This however was met with sarcasm from some Hindu believers and spiritual leaders (babas) who, according to local media, still aspire to see Hinduism restored as the state religion.

Nonetheless, thousands of non-Christians took part in Christmas celebrations, with shops and malls adorned with Christmas trees, lights and decorations. Christians sang carols, exchanged gifts, glorified the birth of Jesus Christ, and recited prayers, according to an AsiaNews report.