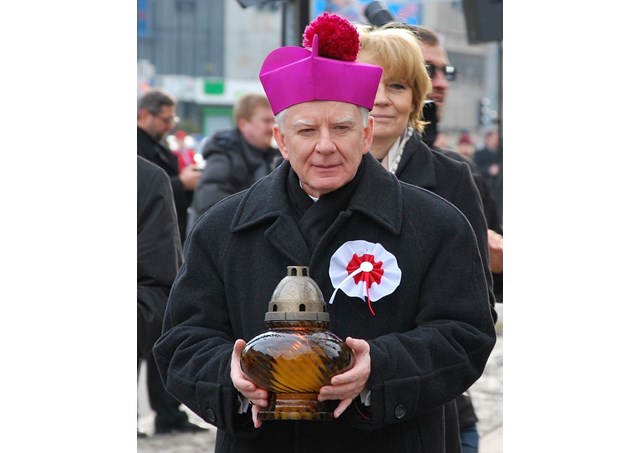 (Vatican Radio) Pope Francis has named Archbishop Marek Jędraszewski as the new Metropolitan Archbishop of Kraków, transferring him from the Archdiocese of Łódź, Poland.

Marek Jędraszewski was born 24 February 1949 in Poznán. After completing his preliminary studies, he undertook the regular course of philosophical and theological studies at the Seminary of Poznán, and on 24 May 1973 was ordained a priest for that Archdiocese.

From 1973-1975, Jędraszewski served as parochial Vicar at Wilkanów and at Odolanów. Later, he continued his study of philosophy at the Pontifical Gregorian University, eventually attaining his doctorate.

During the years 1980-1987 Jędraszewski was Prefect of discipline in the Major Seminary of Poznán; from 1987 -1996 he undertook the position of Director of the diocesan weekly “Przewodnik katolicki” (The Catholic Guide); and in 1997 served as episcopal Vicar for social communications.

He received his Habilitation in Philosophy at the Pontifical Theological Academy of Kraków in 1991.

On 17 May 1997, Jędraszewski was named Auxiliary Bishop of Poznán, receiving episcopal ordination on the following 29 June.