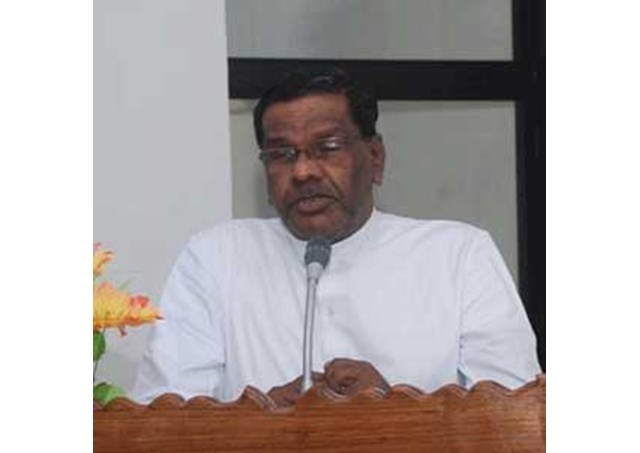 (Vatican Radio)  Pope Francis has appointed a new bishop to the Diocese of Jaffna in northern Sri Lanka.  Monsignor Justin Bernard Gnanapragasam, the Vicar General of the diocese is the new bishop of Jaffna. The 67 year old priest takes over from Bishop Thomas Savundaranayagam, who has stepped down having reached the retirement ager of 75 two years ago. Bishop Savundaranayagam who had been Bishop of Mannar since 1981, was transferred to Jaffna in 1992.

Born, May 13, 1948, in Karampon, ‎Kayts, ‎in the Diocese of Jaffna, Msgr. Gnanapragasam entered the minor seminary of Jaffna and continued his secondary school at St. Patrick’s ‎College. After studying philosophy at the national seminary of Kandy and theology at the Papal ‎Seminary di Poona, in India, he was ordained to the priesthood on April 24, 1974. ‎  Currently, he is director of the diocesan press and examiner of doctoral thesis at Jaffna University.

After his ordination he has served various capacities:

Created in 1886, Jaffna Diocese is a suffragan of the Archdiocese of Colombo.  Extending over and area of of ‎‎4,400 sqkm with a total population of some 1.5 million, it has 247,315  Catholics, spread across 59 parishes. They are served by ‎162 priests, 97 religious brothers and 230 sisters.