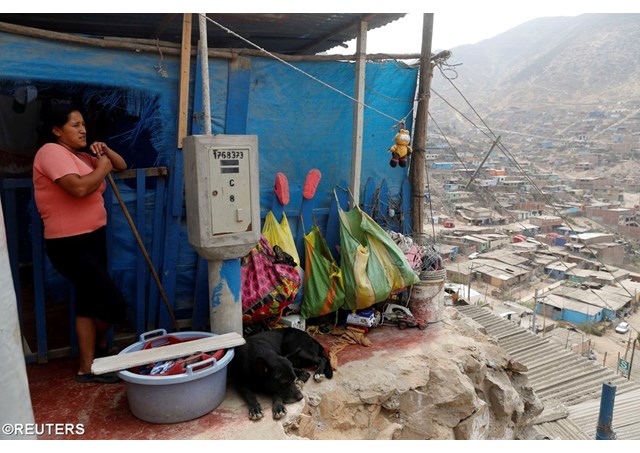 The missionary prayer intention of the Pope Francis for the month of July is for the poor in Latin America – that  amid social inequalities, Latin American  Christians may bear witness to love for the  poor and contribute to a more fraternal  society.  The prayer intention is very obvious given the fact that the Pope will be on a pastoral visit to his native continent starting Sunday. He is visiting Ecuador, Bolivia and Paraguay, July 5-13.

According to the Organization for Economic Co-operation and Development (OECD), one of the few areas where inequality has not been growing in the last 30 years has been Latin America, although levels of inequality were much higher there to start with.  And among the Latin American nations, Chile showed the widest gap in income distribution between the rich and the poor. This inequality becomes even more enigmatic when we come to know that Latin America is the most Catholic continent in the world.  Apparently, believers don’t take the Gospel and the  Church’s teaching seriously enough to affect  their actions outside the church.  This why Pope Francis in his apostolic exhortation ‘Evangelii Gaudium” or “The Joy of the Gospel”, says, “I prefer a Church which is bruised, hurting and dirty because it has been out on the streets, rather than a church which is unhealthy from being confined and from clinging to its own security.”   “I do not want a Church concerned with being at the center and then ends up by being caught up in a web of obsessions and procedures.”  In the 85-page document the Holy Father envisages a more missionary Church that “gets its hands dirty” for the sake of the poor and oppressed in a world that prizes profit over people.