Pope Francis: Airport chaplaincy called to be a place of unity in diversity 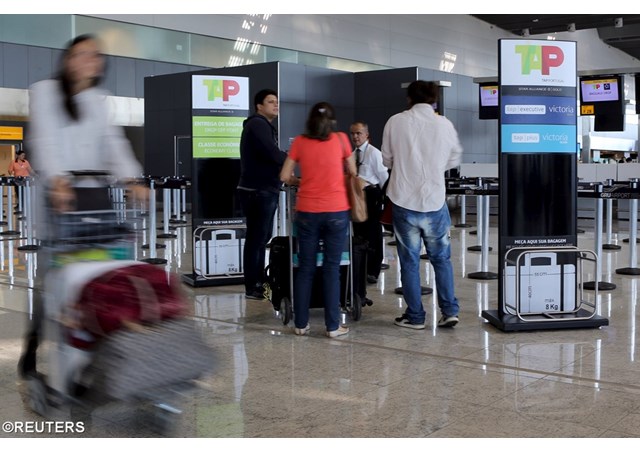 (Vatican Radio) This week the XVI World Seminar of Catholic Civil Aviation Chaplains and Chaplaincy Members has been taking place in Rome.

The meeting promoted by the Pontifical Council for the Pastoral Care of Migrants and Itinerant People has been looking at the theme: “Evangelii Gaudium: what support for the pastoral care of airport chaplaincy?”

At the ending of their study and reflections Pope Francis on Friday greeted the participants in the Vatican, encouraging them in their work in helping people to open their hearts and lives to Christ in an airport environment.

The Pope told those gathered that the airport chaplaincy is called to be a place of unity in diversity for all categories of people.

He noted that, airports seem like cities within cities, “where multiple realities intertwine and overlap.”

As a big city, he said “the airport is cosmopolitan, multi-ethnic and multi-religious, and you, chaplains and chaplaincy members, are immersed in the life of this unique community”.

Therefore, Pope Francis added, it is important to work meekly and get more attuned to the Holy Spirit who creates unity in diversity.

The Holy Father described the airport as a meeting place for many people who travel for business, for tourism, and other needs. He also highlighted in particular,  transiting migrants and refugees, children and elderly people who, he said, need special care and attention.

The Pope also underlined the importance of the chaplain in times of tragic situations such as accidents or hijackings when they are called on to provide support, comfort and encouragement.

Your mission at the airport, the Pope stressed, requires you to work so that people have the desire to hear the Word of God. Even at airports, he noted, “Christ the Good Shepherd wants to take care of his sheep through the sacraments of Reconciliation and the Eucharist.”

Pope Francis concluded by encouraging Aviation Chaplains and Chaplaincy Members “to work to ensure that airports are places where there is room for love and dialogue, which promotes solidarity between people and preserves a peaceful social climate.”