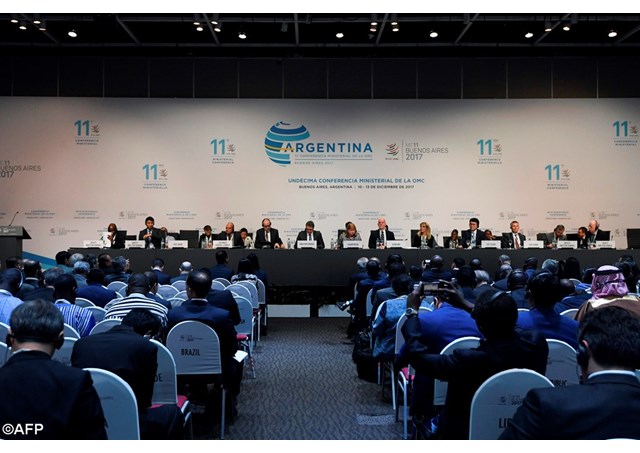 According to the Holy See, an unbalanced and unjust trade creates social exclusion and inequality, offends human dignity  and neglects the common good of humanity.  A healthy world economy needs a more efficient way of interacting which ensures the economic and well-being of all countries, not just a few, said Archbishop Ivan Jurkovic, the Holy See’s Permanent Observer to the United Nations in Geneva on Tuesday.

He was addressing the 11th Session of the Ministerial Conference of the World Trade Organization (WTO) that is taking place in Buenos Aires, Argentina, Dec. 1-13.   WTO’s goal is to ensure that global trade flows as smoothly, predictably and freely as possible for the benefit of all.

While commending that fact that trade over recent decades has helped lift over a billion people out of poverty in developing countries leading to a decline in global extreme poverty, Arch. Jurkovic however noted that these benefits have not be shared equally, especially among the Least Developed Countries (LDC).  According to Holy See, what is needed is a multilateral and inclusive trade system guided by a spirit of solidarity that avoids being a closed economy seeking to defend privileged positions.   This will safeguard weaker and smaller countries, Arch. Jurkovic said, recalling that the aim of multilateral institutions is to seek the common good by respecting the dignity of every single person.  In this perspective of international  trade, the Holy See official talked about issues such as agriculture, women’s role, e-commerce and fisheries.

The archbishop noted that despite the generally fast growth of agricultural trade, the problem of ensuring food security remains an enduring challenge, especially for developing countries, with more than 800 million hungry and undernourished people in the world. According to the Holy See, tackling the problem of food insecurity requires eliminating the structural causes that give rise to it and promoting the agricultural development of poorer countries, especially small-scale agriculture, the mainstay of the rural economy in the LDCs.

The Holy See also noted the crucial role of women in the development not only of the family but also the entire economic system.  Studies have revealed that a higher participation of women is associated with stronger economic growth and with more equitable societies.  Yet women are often discriminated against and marginalized, particularly in education, Arch. Jurkovic said, encouraging among things training and skills development for them.