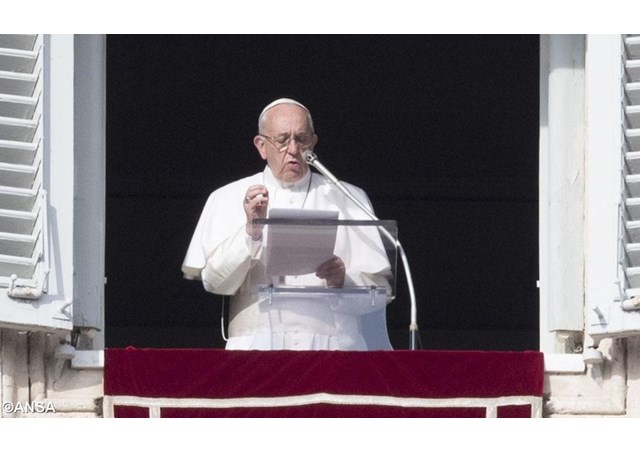 (Vatican Radio) Pope Francis was back in St Peter’s Square for the traditional recitation of the Angelus on Sunday following his return from a journey to Myanmar and Bangladesh. From the window of his studio the Holy Father thanked all those who accompanied him there in prayer.

He told all those gathered in the square that he was impressed by the many noble and smiling faces he witnessed despite their hardships and he expressed his closeness to them.

The Pope also remembered in his prayers the nation of Honduras which has witnessed violent protests as a result of a disputed Presidential election. Pope Francis said, “I remember especially the people of Honduras, and pray they can overcome the current moment of difficulty in a peaceful way.”

Before the recitation of the Marian Prayer the Holy Father focused his attention on this first Sunday of Advent saying, it is the time “that is given to us to welcome the Lord who comes to meet us, to verify our desire for God, and  to look ahead and prepare for the return of Christ. “

Referring to the Gospel readings of the day, the Pope explained, “Jesus exhorts us to pay attention and to watch, to be ready to welcome him at the moment of his return.”

The person who pays attention, he continued,  is the one who, “in the noise of the world, does not let him or herself be overwhelmed by distraction or superficiality, but lives in a full and conscious way, with a concern directed above all to others.”

With this attitude, Pope Francis noted, “we become aware of the tears and needs of others”…

The attentive person, he added, tries to counter the indifference and cruelty in the world and rejoices in the treasures of beauty that also exist in it.

The Holy Father underlined that the vigilant person is the one that welcomes the invitation to watch, and is not overwhelmed by the weariness of discouragement, a lack of hope or disappointment;

Being alert and vigilant, Pope Francis concluded are the preconditions that help us to stop "wandering away from the ways of the Lord", lost in our sins and in our infidelities; “these are the conditions that allow God to break into our existence, in order to restore meaning and value to it full of goodness and tenderness.”