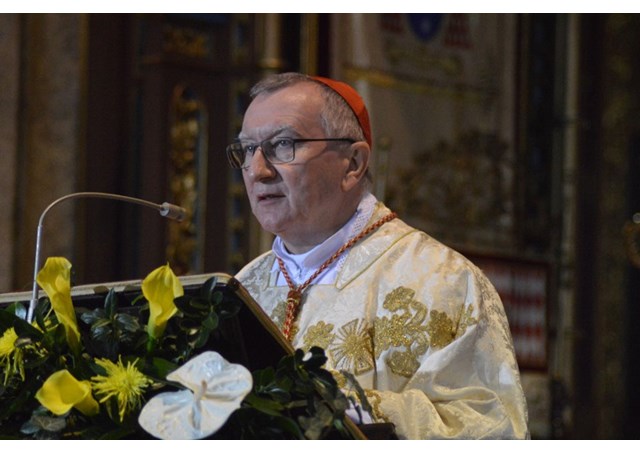 (Vatican Radio) Believers in Christ are called to live a love full of truth “at 360 degrees” in every sphere of society, the Holy See’s secretary of state has said.

Preaching at Mass on the Solemnity of Christ the King which concluded an Italian conference on the Church’s social doctrine, Cardinal Pietro Parolin said the love of Christ must be witnessed to “by a defence of nascent life”, “social inclusion of the poor”, and the “establishment of a healthy world economy”.

The Seventh Festival of the Social Doctrine of the Church held in Verona addressed the theme “fidelity and change”. Delegates discussed issues such as labour, justice, economy and culture during four days of talks and workshops.

In his homily at the Basilica of Sant’Anastasia, Cardinal Parolin said the love of Christ is testified “by helping the people who are called to work in social and political life at the national, international and multilateral level.” This assistance, the Cardinal added, must be aimed at the service of the common good and the service of every person.

Cardinal Parolin said that “the believer who lives in union with Christ” is “urged to become conscious of the social dimension of his faith.”

“He cannot ignore the profound reasons for his missionary commitment in every worldly reality,” the Cardinal added. “He is urged to live love at three hundred and sixty degrees, that is, a love full of truth, in every sphere, starting from interpersonal relationships to financial and economic activity, in civil and political society, in the human family, in the mass media and in culture.

"Looking at the face of the poor we must recognise Jesus Christ Himself, to be welcomed and loved with all our being, with a creative intelligence of love.”

Sunday’s Mass ended the seminar that began on Thursday with a video message from Pope Francis in which he urged delegates to have a fidelity to man and a fidelity to God.