Praying for Peace in South Sudan and DRC with Pope Francis 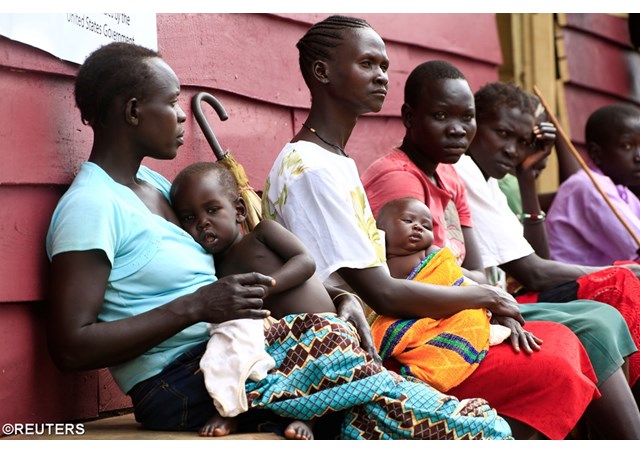 (Vatican Radio) Pope Francis on Thursday, November 23, will preside over a Prayer for Peace in South Sudan and in the Democratic Republic of Congo in St. Peter’s Basilica.

The event, organized by “Solidarity with South Sudan” in association with the Justice and Peace office of religious organizations worldwide, invites Christians across the world to join in prayer for Peace in the world, and especially for South Sudan and DRC, two conflict ravaged nations in which millions of displaced people are suffering the effects of violence and terrible humanitarian crises.

Linda Bordoni spoke to Michel Roy, Secretary General of Caritas Internationalis, the Catholic Church's aid organization, about the situation in the two African nations and asked him why it is important to raise awareness.

Michel Roy says it is hugely important to break through the indifference that surrounds so many ‘forgotten conflicts’ and situations of terrible social and economic injustice in various parts of the world.

“We have chosen South Sudan and DRC as two examples of peoples and countries that are suffering so much from conflicts that they have never wanted and of which they are the victims” he said.

Roy goes on to describe the political and economic interests that fuel the conflicts and continuing lack of security in both of those countries which have caused millions of people to be displaced and to suffer all the consequences displacement entails.

And with the interests of neighbouring countries and in many cases of multi-national organizations at stake: “To stop a war once it has started is really difficult” he said.

The needs of the people are many, Roy explained, they are hungry, they need food and medical assistance, and while FAO has launched a humanitarian programme it is only partially funded and far from sufficient.

Schools and churches have been destroyed, young people have been recruited into militia groups and the lack of international support means there is not hope in sight.

“The needs are humanitarian – also in places like the Central African Republic, Darfur and many other nations, there is urgent need for humanitarian response which the international community is not ready to give it seems” he said.

Roy speaks of the need to mobilize politicians at all levels and to put pressure on the international community “to find ways to come out of this tragedy”.

“Peace can be reached, it’s a question of will” he said.