Pope Francis sends video message to Myanmar ahead of visit 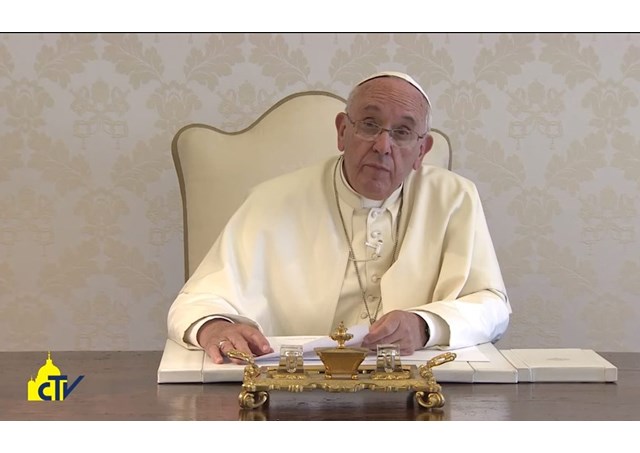 (Vatican Radio)  Pope Francis has sent a video message to the people of Myanmar, saying his upcoming trip to the country is meant “to confirm the faith of Myanmar’s Catholic community”.

The Holy Father makes his Apostolic Journey to Myanmar on 27-30 November 2017.

“I am coming to proclaim the Gospel of Jesus Christ, a message of reconciliation, forgiveness, and peace,” Pope Francis said.

Announcing his intention of confirming the faith and Gospel witness of the people of Myanmar, Pope Francis struck a warm tone in his video message sent ahead of his upcoming trip.

“My visit is meant to confirm the Catholic community of Myanmar in its worship of God and its witness to the Gospel.”

Pope Francis said the Gospel “teaches the dignity of every man and woman and commands us to open our hearts to others, especially the poor and those in need.”

The Pope also said he wishes to visit Myanmar “in a spirit of respect and encouragement”.

He said the people of Myanmar have sought to build “harmony and cooperation in the service of the common good”.

Pope Francis went on to say that we live in an age in which people of goodwill desire “to grow in mutual understanding and respect”.

He said this leads people “to support each other as members of our one human family.”

Finally, Pope Francis thanked the many people working to prepare his visit and asked all to pray that his Apostolic Journey be a source of hope and encouragement for all people of Myanmar.