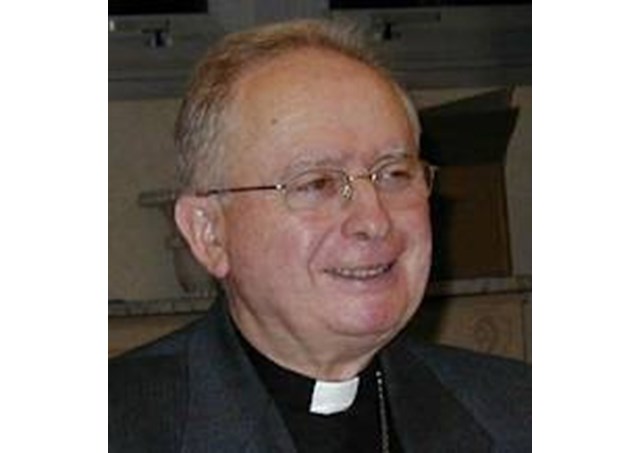 (Vatican Radio)  Pope Francis on Monday sent a telegramme of condolences upon the death of Cardinal Bernard Panafieu, archbishop emeritus of Marseille in France.

Cardinal Panafieu died on Sunday night "after a long and difficult end of life", according to a statement from the current Archbishop of Marseille, Georges Pontier.

In the message, Pope Francis expressed his "deepest condolences" to the late-Cardinal Panafieu's family, former diocese, and "the Communauté de Notre-Dame de Vie who surrounded him during his later years".

He said Cardinal Panafieu was always "attentive to the precarious situations and the diversity of the population of his diocese" and that he "made an eminent contribution to the dialogue between cultures and religions".

His work in this area, the Pope said, promoted "peaceful coexistence among all".

Finally, Pope Francis gave his Apostolic Blessing to all who had known and worked with Cardinal Panafieu.

With the death of Cardinal Panafieu, the College of Cardinals stands at 218, of whom 120 are Cardinal-electors and 98 are non-electors.

Please find below the official English-language translation of the Pope's telegramme:

Having learned with sorrow of the death of Cardinal Bernard Panafieu, archbishop emeritus of Marseille, I express my deepest condolences to his family, his former diocese and the Communauté de Notre-Dame de Vie who surrounded him during his later years. I ask the Father of all mercy to welcome in His peace and in His light this wise pastor, who has shown the goodness and love of God to the people entrusted to him, first as auxiliary bishop of Annecy, then as archbishop of Aix-en-Provence and Arles, and finally of Marseille. Attentive to the precarious situations and the diversity of the population of his diocese, he made an eminent contribution to the dialogue between cultures and religions, thus promoting peaceful coexistence among all. As a token of comfort, I extend my Apostolic Blessing to you, Excellency, as well as to your auxiliary, to the family of the deceased Cardinal and his relatives, to his former diocese, and to all those who attend his funeral celebration.

A full biography of Cardinal Bernard Panafieu is below:

Cardinal Bernard Panafieu, Archbishop emeritus of Marseilles, was born on 26 January 1931 in Châtellerault, France. He was ordained a priest for the Diocese of Albi on 22 April 1956.
Cardinal Panafieu served as vicar at Saint-Sauveur di Mazamet, and as chaplain of La Pérouse School, Albi, and of the university parish. He was also chaplain of students in Tolosa, parish dean of Brassac and general secretary of the Presbyteral Council of Albi.
He was elected titular Bishop of Thibilis and Auxiliary Bishop of Annecy on 18 April 1974, receiving episcopal ordination on 9 June.
On 30 November 1978 he was transferred to Aix-en-Provence.
He was appointed Coadjutor Bishop of Marseilles with the right of succession on 24 August 1994, and became Archbishop on 22 April 1995.
Cardinal Panafieu has served as President of the Episcopal Committee for Inter-religious Relations and New Religious Trends, President of the Secretariat for Religious Relations with Islam and a member of the Episcopal Commission for the Universal Mission of the Church.
Archbishop emeritus of Marseilles, 12 May 2006.
He participated in the conclave of April 2005, which elected Pope Benedict XVI.
Created and proclaimed Cardinal by St. John Paul II in the consistory of 21 October 2003, of the Title of San Gregorio Barbarigo alle Tre Fontane (St. Gregory Barbarigo at Tre Fontane).