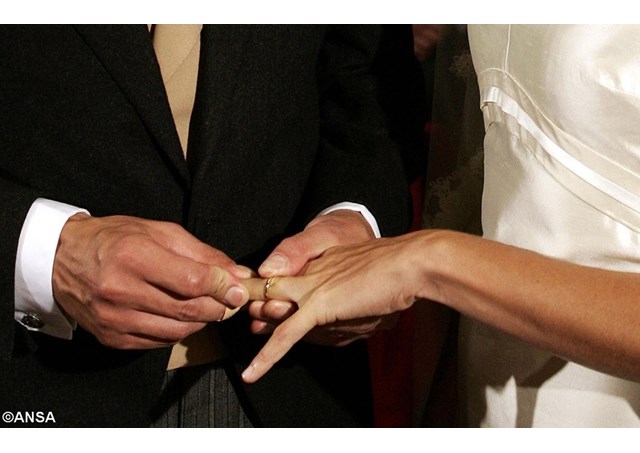 Under the theme, The Gospel of Love between Conscience and Norm, the participants are exploring how to respond to the desire for family that emerges in the soul of the young generations, and seeking together ways to help the faithful assimilate and develop Amoris laetitia’s content and style, contribute to pastoral outreach to families in parishes, communities and ecclesial movements, and support all families on their journey through life, helping them to live the joy of the Gospel, and be active cells in the community.

In the message, the Holy Father says, “The family born of marriage creates fruitful bonds, which reveal themselves to be the most effective antidote against the individualism that currently runs rampant; however, along the journey of marital love and family life there are situations that require arduous choices, which must be made with rectitude.”

He also stresses the role of pastors in forming consciences, so that the Christian faithful are capable of full moral agency.

“[W]e are called to form consciences," he says, citing Amoris laetitia 37, “not to pretend to substitute them.”

He renews his warning against what he has described as, “[E]go-latry, that is, of a true worship of the ego, on whose altar is sacrificed everything, including the dearest affections.” He goes on to say, “This perspective is not harmless: it molds a subject that looks constantly in the mirror, until it becomes incapable of turning its eyes to others and the world.”

The role of conscience – beginning with a right understanding of it – was a central focus of the Holy Father’s recorded remarks.

“The contemporary world,” he says in the message, “risks confusing the primacy of conscience, which is always to be respected, with the exclusive autonomy of the individual with respect to the relations that he entertains in life.”

“In the very depths of each one of us,” Pope Francis says, “there is a place wherein the Mystery reveals itself, and illuminates the person, making the person the protagonist of his story.” “Conscience, as the II Vatican Council recalls, is this, ‘most secret core and sanctuary of a man. There he is alone with God, Whose voice echoes in his depths. (GS 16)’ To the Christian falls the task of being vigilant, so that in this sort of tabernacle is no want of divine grace, which illuminates and strengthens married love and parental mission. Grace fills the amphorae of human hearts with an extraordinary capacity for gift, renewing for the families of today the miracle of the wedding feast at Cana.”