Pope approves the heroic virtues of Pope John Paul I 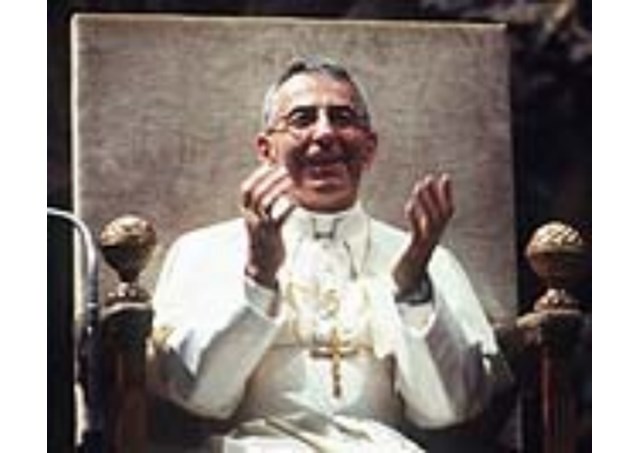 Pope John Paul I has moved a step closer to sainthood with the recognition of his heroic virtues.  Pope Francis on Wednesday authorized the Congregation for the Causes of Saints to promulgate the decree approving his predecessor’s heroic virtues which confers on him the title ‘Venerable’.

Pope Francis also authorized 7 other decrees along with that of John Paul I – two of them on martyrdom and 5 on heroic virtues.

Pope John Paul I whose heroic virtues Pope Francis has approved and declared him ‘Venerable Servant of God’  had a brief papacy of just 33 days, yet has left an indelible mark on the Catholic Church.

A ‘Smiling Pope’ as he is called in that short duration of his pontificate gave nine speeches, three messages, wrote three Apostolic letters and four other official letters, gave two homilies and had five Sunday ‘Angelus’ prayers and four Wednesday general audiences. This short encounter if not his vast experience as a priest, bishop, Patriarch of Venice and then the  Cardinal has proved him to be a person of faith, humble and meek person yet tough when it comes to Church teachings.   Love of God and love of neighbor was his special hallmark.

Born on 17th Oct 1912 at "Forno di Canale (Belluno, Italy), Albino Luciani   was son of Giovanni Luciani and Bortola Tancon. He  was baptized the same day at home, by the midwife, as he was in danger of death but formalized two days later in the Church by the curate. On 2nd Feb 1935 he was ordained deacon and on 7th July 1935 Ordained to the priesthood at St. Peter's Church of Belluno diocese of Belluno e Feltre.

In February  1947 he Graduated from the Gregorian University in Rome with a doctorate in Sacred Theology, his thesis being, "The origin of the human soul according to Antonio Rosmini". 27th December 1958 he was Consecrated Bishop by John XXIII at St. Peter's Basilica together with the newly consecrated bishops, Gioacchino Muccin and Girolamo Bortignon.

In 1977 he participated in the IV Ordinary General Assembly in Rome of the Synod of Bishops regarding "Catechetics in Our Time". August 10 the following year brought  him again to the Vatican after the death of Pope Paul the VI.

On  26th August during the second day of the conclave, he was elected Supreme Pontiff of the Roman Catholic Church and he chose his name John Paul I, wishing to serve the Church as his  predecessors did. During his first Sunday Angelus he  humbly acknowledged that he chose that name knowing that he neither had the wisdom of the heart of Pope John nor the preparation and culture of Pope Paul. With this name he became the first Pope to take up a dual name in papal history.

Luciani vowed to serve as a teacher and a servant and had taken up Humilitas (Humility) as his episcopal motto which was evident even after he was appointed a pope.  He wished to do away with Papal Coronation mass and chose to have just papal inauguration. He also preferred not to use the ‘sedia gestatoria’ or the ceremonial throne like an armchair on which the Pope travels from St Peter’s Square.

Luciani  a warm, gentle and kind man with a friendly disposition  was loved by the people who were in awe of his persona. He had impressed people with his excellent oratory skills.   His ideologies reflected the spirit of humanity and showcased the immense love and warmth that he had for God and his people.

His swift six point plan defined what the journey of his pontificate would be. He planned to renew the Church through the policies implemented by Vatican II, to revise canon law, to remind the Church of its duty to preach the Gospel, to promote Church unity without watering down doctrine, to promote dialogue and to encourage world peace and social justice.

His successors looked upon him as a gentle soul with a heart filled with love. If his immediate successor Cardinal Karol Wojtyła spoke of his values of faith, hope and love, Benedict XVI commented that it was due to his virtues that despite holding papacy for just 33 days, he was able to win the people’s hearts. For Pope Francis, John Paul I was an icon of mercy and humility and he has quoted him in his homilies and in an interview. His qualities of heart and mind made him affable.

Already two miracles are attributed to his intercession and are under examination. If any of them is recognized, he would be cleared for Beatification.