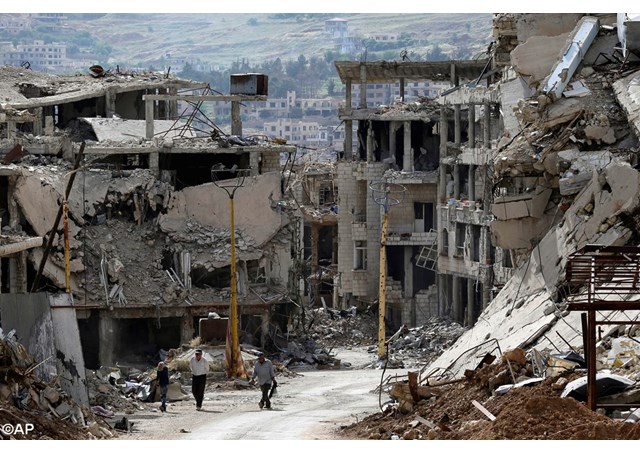 The Pope’s tweet came on Nov. 6 to mark the United Nations’ International Day for Preventing the Exploitation of the Environment in War and Armed Conflict. The environment is a favourite theme with Pope Francis, who has dedicated an entire encyclical to it entitled: “’Laudato Sii’, On Care For Our Common Home".

In a separate message, the UN chief also urged for the protection of the environment especially in times of armed conflict, saying it is “an essential pillar of peace, security  and sustainable development.”  “War is a dirty business.  Smoke plumes from burning oil wells, looted industrial facilities, abandoned munitions and collapsed buildings are among the hallmarks of conflict,” UN Secretary-General, Antonio Guterres wrote in a message for Monday’s observance.

Environment - a victim of war

While war casualties have been measured in terms of dead and wounded soldiers and ‎civilians, destroyed cities and livelihoods, the environment has often remained the unpublicized victim ‎of war.   Water wells have been polluted, crops torched, forests cut down, soils poisoned, and animals ‎killed to gain military advantage.‎

The United Nations Environment Programme (UNEP) has found that over the last 60 ‎years, at least 40 percent of all internal conflicts have been linked to the exploitation of natural ‎resources, including water.

Guterres thus urged that this year’s International Day for Preventing the Exploitation of the Environment in War and Armed Conflict be “an opportunity to recognize the environment as yet another victim of war.”

Guterres said that people need a healthy environment in order to survive a conflict and rebuild their lives afterwards. The environment, he said, “offers food, shelter and work” and its “shared management provides a route for neighbours to maintain or improve relations.”

He urged that this year’s observance also be an opportunity to take steps to reduce the collateral damage from conflicts and protect the natural resources that are so crucial for sustainable development.  He pledged the UN’s commitment to protecting the environment as an essential pillar of peace, security and sustainable development.