Pope announces Synod of Bishops for the Pan-Amazon region 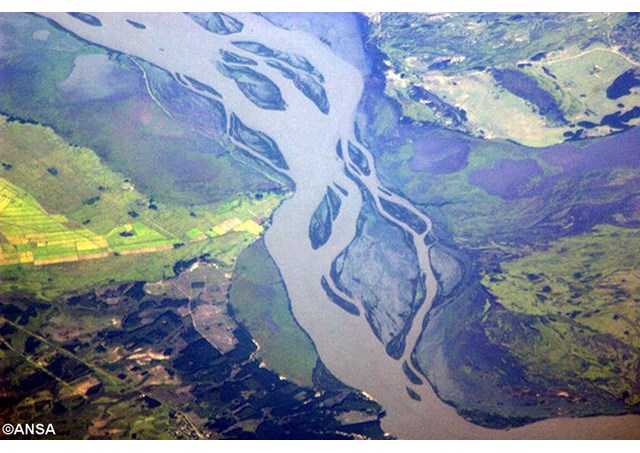 (Vatican Radio) Pope Francis has announced a special assembly of the Synod of Bishops for the Pan-Amazon region that will focus on the needs of its indigenous people, on new paths for evangelization and on the crisis of the rain forest.

The Pope’s announcement came on Sunday during the Angelus after a canonization Mass during which he canonized 35 new saints, including three indigenous children martyred in 16th century Mexico.

“Accepting the desire of some Catholic Bishops’ Conferences in Latin America, as well as the voice of various pastors and faithful from other parts of the world, I have decided to convene a Special Assembly of the Synod of Bishops for the Pan-Amazon region, which will take place in Rome in the month October 2019”  he said.

The main purpose of the Amazon synod, the Pope explained, will be to “identify new paths for the evangelization of God’s people in that region”.

Special attention, he added, will be paid to the indigenous people who are “often forgotten and without the prospect of a serene future, also because of the crisis of the Amazonian rain forest, a ‘lung’ of primary importance for our planet.”

In 2014 The Catholic Church in Pan-Amazonia founded a Pan-Amazon Ecclesial Network – REPAM - as “God's answer to this heartfelt and urgent need to care for the life of people so they are able to live in harmony with nature, starting from the widespread and varied presence of members and structures of the Church in Pan-Amazonia”.

REPAM is constituted not only by the regional Bishops’ Conferences, but also by priests, missionaries of congregations who work in the Amazon jungle, national representatives of Caritas and laypeople belonging to various Church bodies in the region.

As reported on the REPAM website “The Amazon territory is the largest tropical forest in the world. It covers six million square kilometers and includes the territories of Guyana, Suriname and French Guyana, Venezuela, Ecuador, Colombia, Bolivia, Peru and Brazil. It is home to 2,779,478 indigenous people, comprising 390 indigenous tribes and 137 isolated (uncontacted) peoples with their valuable ancestral cultures, and 240 spoken languages belonging to 49 linguistic families”.

It is “a territory that is devastated and threatened by the concessions made by States to transnational corporations. Large-scale mining projects, monoculture and climate change place its lands and natural environment at great risk”, leading to the destruction of cultures, undermining the self-determination of peoples and above all affronting Christ incarnate in the people who live there (indigenous and riparian peoples, peasant farmers, afro-descendants and urban populations).