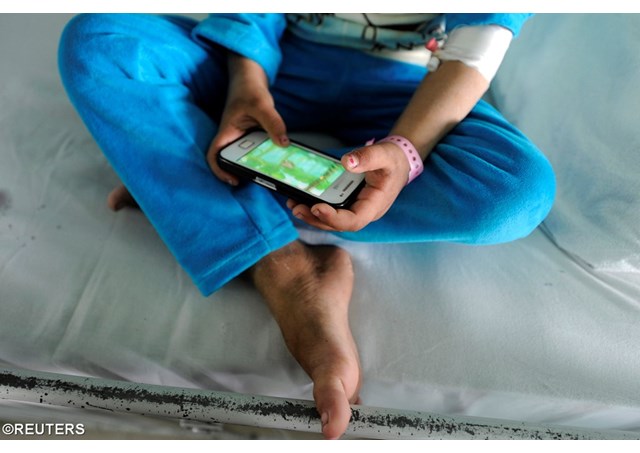 (Vatican Radio) Child Dignity in the Digital World is the title of a world congress being held at Rome’s Pontifical Gregorian University this week. Among the key note speakers is the Vatican Secretary of State, Cardinal Pietro Parolin, and the meeting ends with a papal audience on Friday.

Ahead of the opening session, organisers held a press conference to highlight the urgency of this global challenge of protecting children from on-line abuse.

The secret, scary world of children being groomed, abused and radicalized on-line was the subject of a short video shown at the press conference on Monday. It featured seven boys and girls, from toddlers to teens, talking about how easy it is to fall prey to internet paedophiles, traffickers, bullies or recruiters for extremist organisations.

The congress has been put together by a UK-based global alliance called ‘WePROTECT’ and by ‘Telefono Azzurro’, the first Italian helpline for children at risk. The goal is to come up with a joint action plan to be presented to Pope Francis, as he meets participants at the end of this four day, international encounter.

On-line abuse is a global problem and the congress has drawn delegates from countries across the world, including China, Russia, Saudi Arabia and the United Arab Emirates. But as Fr Hans Zollner, head of Gregorian’s Centre for Child Protection pointed out, in too many countries the problem of child abuse is still a taboo that is not openly talked about.

“This is everywhere, and the risks are everywhere. Although in many parts of the word, I would dare to say in 75 percent of countries, the issue of sexual abuse, physical and online abuse of children, has not reached the level of discussion, attention and awareness like in the Anglo and central European countries”.

Almost six years ago, the Gregorian centre hosted the first ever global conference on sexual abuse by priests and religious, with church leaders, psychologists, sociologists and, crucially, victims of abuse, attempting to draw up some best practices to protect children and vulnerable adults.

Since then, Fr Hans and his team have been travelling the globe, listening, learning and training others in different aspects of prevention, protection of victims and prosecution of perpetrators. That’s why the organisers of this World Congress believe the Pontifical university offers a “unique platform” to encourage a more inter-disciplinary approach to this problem.

That’s more urgent that ever before, with over three billion internet users globally, many of them increasingly young children spending hours of their day with unrestricted internet access. Organisers hope this congress will bring new awareness and mark the start of a new global leadership, committed to keeping children safer on-line.