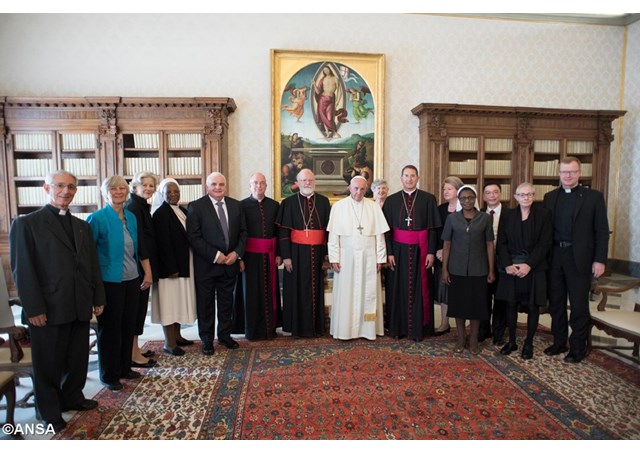 (Vatican Radio) The Pontifical Commission for the Protection of Minors concluded its 4-day Plenary Assembly on Sunday,  with a renewed commitment to its mandate as an advisory body to the Holy Father for the protection of minors.

In an interview with Vatican Radio, Commission member Father Hans Zollner spoke of the  key areas of focus during the plenary and of the lessons learnt during the past three years of work.

He also spoke of the encouragement expressed by Pope Francis  during a private audience at the start of the Plenary, and of his ongoing support since the Commission was established.

Acheivements of the Commission

Jesuit Father Hans Zollner says that for about three years the Commission has been working with the support of the HolyFather, and as the Pope himself mentioned during his audience with Commission members last week, the mandate of the Commission continues with the participation of new members.

“The biggest indirect achievement is that the Commission exists and so it has been able to promote intervention and safeguarding formation sessions;  that the theme of sexual abuse of minors committed by clergy is now present in local churches;  and that many local churches have already had formation sessions and have sent in their guidelines to the Holy See on how to deal with victims and with perpetrators” he said.

Other achievements Zollner singles out are a ‘Day of Prayer’, a model for guidelines sent to all Bishops Conferences,  Educational Days on how different churches work within their communities.

He also mentioned the undertaking of a theological reflection on the significance on the sex abuse crisis for the theological understanding of the Church and for its core spiritual convictions.

And very important – he said – is that “working in contact with survivors of sexual abuse – we have come up with suggestions to be submitted to the Pope”.

Zollner explained that one difficult thing the Commission has had to deal with is this  imagination that “the Commission would magically do away with cases and with all the wrongdoings that have happened over decades: that is unfortunately not possible”.

We have had to communicate, he said, that we do not deal with cases; that the cases are dealt with by the dicasteries (especially the CDF) and he pointed out that the Pope has reiterated that more resources will be channeled into that dicastery for this reason.

“We have needed to focus and we have now found a good balance and have achieved more concrete results” he said.

Father Zollner explained that the Commission has pinpointed three major goals : ensuring that the voice of people who have been abused informs the work of the Commission;  guidelines for the protection of children, adolescents and vulnerable adults in local churches; and programs of education and formation for safeguarding.

“What touches me most is that his heart goes out to the people who have been harmed; his heart is with them and stays with them” he said.

Zollner said Francis personally told him that he remembers clearly two survivors he met with in 2014 and he reiterated they are very much alive in his prayers and in his memory.

“The most touching of all sentences: ‘! have learnt from the survivors’. That is something that every bishop, every responsible person in the Church needs to listen to and needs to repeat: ‘listening to survivors’” he said.