Pope contemplates Our Lady of Sorrows at Santa Marta Mass 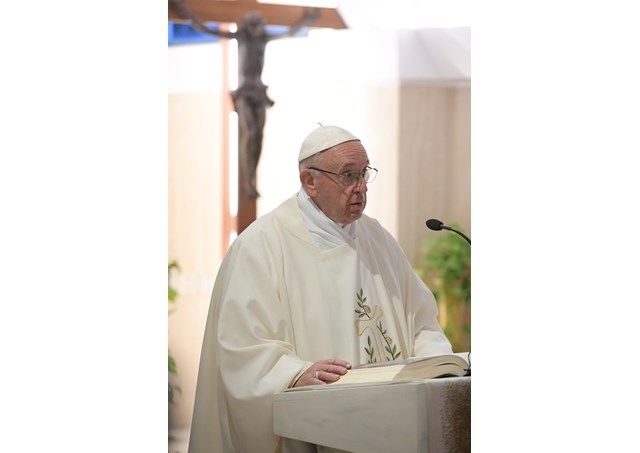 Pope Francis’ homily at the Mass in the Casa Santa Marta this morning focused on the figure of Our Lady of Sorrows, whose feast day the Church celebrates on September 15th.

Contemplating the Mother of Jesus

Mary knew and lived her whole life with a pierced heart. “She followed Jesus and heard the people’s comments, sometimes for Him, sometimes against. But she was always right behind her Son. That’s why we call her the first disciple”. It was Mary’s concern, continued Pope Francis, that brought about this “sign of contradiction” in her heart.

At the foot of the Cross

She was there at the end, in silence, at the foot of the Cross, watching her Son. Perhaps she heard comments like: “Look, there’s the Mother of one of the three criminals”. But, said the Pope, she “showed her face for her Son”.

Pope Francis said he was offering these few and simple words to help us contemplate this mystery in silence. In this moment, beneath the Cross, Mary gave birth to the Church and to all of us: “Woman”, says her Son, ‘behold your children”. He doesn’t say “Mother”, he says “Woman”. This strong and courageous Woman was there to say: “This is my Son. I do not deny Him”.

A call to contemplation

More than a call to reflection, said Pope Francis, today’s Gospel is a call to contemplation. “May the Holy Spirit”, he concluded, “be the one to tell each one of us that which we need (to hear)”.