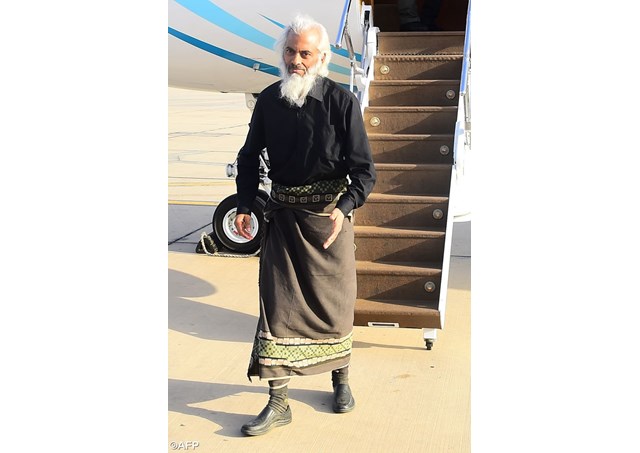 (Vatican Radio) The Vatican has received with deep gratitude the news of the release of an Indian Catholic priest Father Tom Uzhunnalil, after 18 months of captivity following his abduction by unknown gunmen in March last year in Yemen.  The Salesian of Don Bosco priest arrived in the Omani capital Muscat in an air force plane soon after his release on Tuesday, Sept. 12.

“The Holy See fervently thanks all those who worked for his release, and especially His Majesty the Sultan of Oman and the competent authorities of the Sultanate,” read a brief statement by the Holy See’s Press Office Tuesday evening, after the news of the priest’s release.  “Fr. Uzhunnalil will remain for a few days in a Salesian community in Rome before going home to India,” the Holy See added.

A native of Kerala state, belonging to Bangalore Salesian province, Father Uzhunnalil was abducted on March 4, ‎‎2016 when four unidentified gunmen attacked a care home in Yemen's southern port city of Aden, killing 16 ‎people including four Missionaries of Charity sisters of Mother Teresa. Fr. Tom had been working for more than four years as a chaplain at the care home. There were around 80 residents at the ‎home at the time of the attack.‎

Barely a month after the abduction, Pope Francis appealed for the release of all people in conflict areas, ‎especially singling out ‎the Indian priest.  ‎“In the hope given us by the Risen Christ, I renew my appeal for the ‎release of all persons seized in ‎areas of armed conflict: in particular, I desire to remember the Salesian priest, ‎Tom Uzhunnalil, ‎kidnapped at Aden in Yemen this past March 4th,”   ‎the Pope said after his Eastertide midday ‘Regina ‎Coeli’ prayer ‎in the Vatican on April 3, 2016. ‎