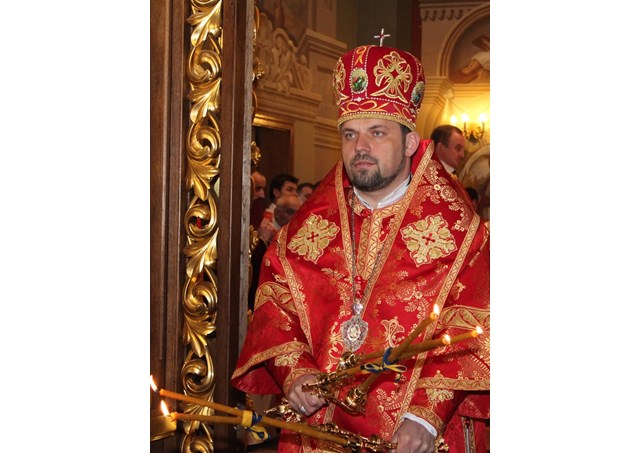 (Vatican Radio) Pope Francis has granted his assent to the decision of the Synod of Bishops of the Ukrainian Greek-Catholic Church to erect the Eparchy of Chernivtsi, with its seat in the same city and with territory taken from the Eparchy of Kolomyia- Chernivtsi, making it a suffragan of the Metropolitan see of Ivano-Frankivsk.

The Synod of Bishops of the Ukrainian Greek-Catholic Church has elected as the first bishop of the Eparchy of Chernivtsi Bishop Yosafat Moshchych, C.M.S.A.A., currently titular bishop of Pulcheriopoli and auxiliary of Ivano-Frankivsk.

Bishop Yosafat Moshchych was born on 16 September 1976 in Stariy Rozdil, in the region of Lviv.

He received his priestly formation at the major seminary of Ivano-Frankivsk and was ordained a priest on 26 September 1999. During his last years at the seminary, he also began his novitiate at the Missionary Congregation of Saint Andrew the Apostle, of eparchial right. In 2002 he gave his perpetual vows in the aforementioned religious Institute.

In the years 2000 to 2002 he continued his studies at the Alphonsianum Academy in Rome, where he obtained his licentiate in moral theology.

In 2003 he followed the preparatory course for vocational formators of consecrated life at the Faculty of Science of Education of the Pontifical Salesian University.

Upon returning to his country, he devoted himself to the activities of evangelisation and missionary and spiritual formation. He served as superior general of the Missionary Congregation of Saint Andrew the Apostle and head of evangelisation activities and the pastoral care of migrants in the Archeparchy of Ivano-Frankivsk and syncellus for the lay associations of the same ecclesiastical circumscription.

He was elected as auxiliary bishop of Ivano-Frankivsk and received the episcopal chirotony on 3 August 2014.