Holy See to UN: end use of cluster munitions 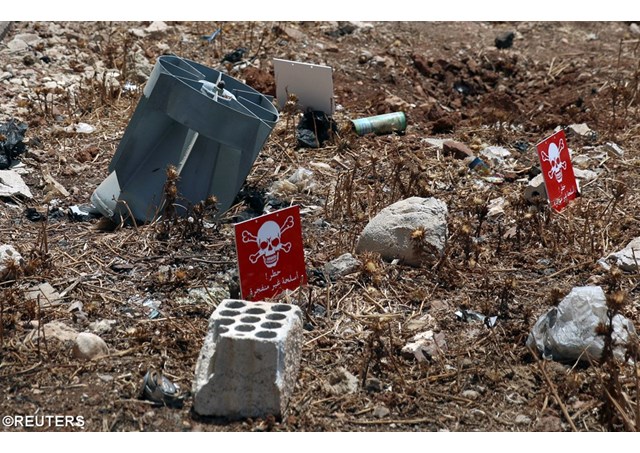 (Vatican Radio) The Permanent Observer of the Holy See to the United Nations and Other International Organizations in Geneva, Archbishop Ivan Jurkovič, delivered a statement to the 7th Meeting of States Parties to the Convention on Cluster Munitions, regarding the universalization of the Convention.

Currently, there are 100 states parties to the Convention.

A number of countries, including China, Russia, the United States, India, Israel, Pakistan and Brazil, opposed the Convention at the time of its negotiation, and to date have not signed the treaty.

In his statement, Archbishop Jurkovič said, “We appeal to all States outside the Convention to consider joining the global efforts and our common goal in building together a more humane, more secure and more cooperative world.”

The statement of the Holy See’s Permanent Observer concludes with a call for redoubling of efforts and continuing commitment to supporting the universalization and full implementation of the Convention on Cluster Munitions, which continue to pose serious threats to the safety of civilians and non-combatants – especially children – sometimes years after the conflicts in which they have been used come to an end.

Please find the full text of the statement in English, below

At the outset, allow me to express my Delegation’s appreciation to you and to the Coordinators on Universalization for the remarkable efforts that have been made. In particular, the Holy See is pleased to welcome the ratification of the Convention on Cluster Munitions by Benin and Madagascar

There is no question that, since the Convention on Cluster Munitions (CCM) entered into force, through the combined contributions and synergies between different stakeholders, it has achieved important progress and made a real difference in the world, especially among the victims affected, as well as among those that it has helped prevent.

However, as we celebrate the 7th year of the entry into force of the CCM, cluster munitions continue to be used in some conflicts today and there are increasing accidents being reported which give rise to new victims. Now, even more than when the CCM was adopted, it is imperative to uphold our moral responsibility to defend the dignity of the victims and to restate the prohibitions under the Convention through a humanitarian lens.

Not only does the issue of universalization have direct implications and far-reaching consequences on the operations and on the effective implementation of the CCM, it also has an impact on the enjoyment of universal human rights and on the global efforts to implement the Sustainable Development Goals (SDGs) effectively.

Global adherence to the CCM, and upholding its standards, will contribute to the achievement of sustainable and integral human development. Clearance of contaminated areas, international cooperation and assistance to the victims are crucial to the SDGs and to prevent future tragedies.

The Holy See remains firm and determined to contribute to the success of this humanitarian challenge. We appeal to all States outside the Convention to consider joining the global efforts and our common goal in building together a more humane, more secure and more cooperative world. Let us redouble our efforts and remain committed to supporting the universalization and full implementation of the CCM as set out in the Dubrovnik Action Plan and making sure that, in the future, the cluster munitions will never be a cause of human suffering.  We owe this to the too many victims of the past and to prevent further victims.