Pope Angelus: The temptation to follow a Christ without a Cross 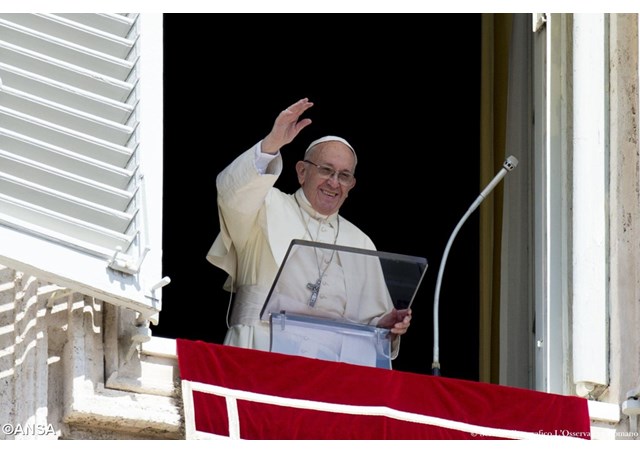 (Vatican Radio) Before the recitation of the Angelus Prayer on Sunday, Pope Francis delved into the meaning of this Sunday’s Gospel reading, telling pilgrims in St Peter’s Square that, “there is always the temptation to follow a Christ without a Cross, rather, to teach God the right path,".

He was referring to the passage where Jesus, "reveals to the disciples that he will suffer, be killed and rise again in Jerusalem and he is reproached by Peter because he cannot accept that all this will happen to the Messiah.” Jesus, said the Pope, “responds with a reproach in turn: "Get behind me, Satan! You are scandalized, because you do not think according to God, but according to men! "

The Holy Father went on to say, "at that point, the Master addresses all those who followed him, clearly presenting the way to go:" The Lord says, “if anyone wants to follow me, he must deny himself, take up his Cross, and follow me ". Again, even today, noted the Pope, “the temptation is to follow a Christ without a Cross, rather, to teach God the right path.”

But, Pope Francis underlined,  “Jesus reminds us that his way is the way of love, and there is no true love without self-sacrifice.”

Jesus, commented the Pope, exhorts that "whoever wants to save his life will lose it; but whoever loses his life for my cause will find it". The Holy Father explained that, “in this paradox there is the golden rule that God has inscribed into human nature created in Christ: the rule that only love gives meaning and happiness to life.”