Programme for Pope's visit to Colombia presented to the press 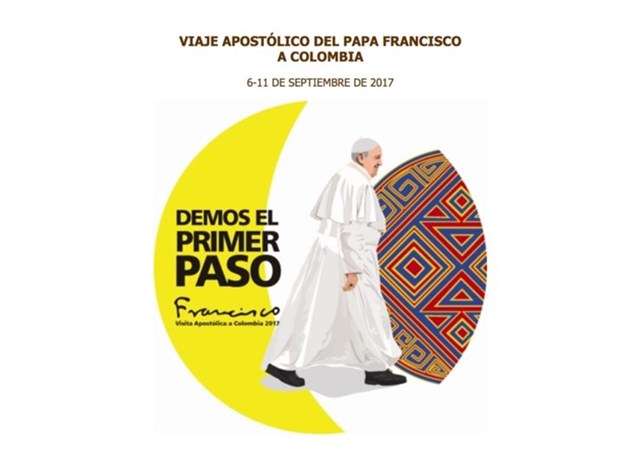 (Vatican Radio) Pope Francis’ Apostolic Visit to Colombia was presented to the press on Friday at the Holy See Press Office.

Starting on 6th and ending on 11th September, in the footsteps of Pope Paul VI and Pope Saint John Paul II who travelled to Colombia in 1964 and in 1986 respectively, this will be Francis’ 20th journey abroad

It will not be the first time Jorge Bergoglio visits Colombia as he was there as a priest in the 1970s and twice as a Bishop and member of the Latin American Episcopal Conference - CELAM.

As was noted at the press conference, it is inevitable that the eyes of the world view this visit through a political perspective as the Colombian people commit to push forward a peace process. The government, in  fact, signed an agreement with the FARC rebel group in November last year following 52 years of conflict which has left 260,000 people dead, 60,000 unaccounted for, and over 7 million displaced.

Thus, the papal visit comes at a key moment in the peace process which has been strongly supported by the Catholic Church and by the Pope himself.

But Holy See Press Office Director, Greg Burke, stressed that as always, the Pope’s visit is of a purely pastoral nature, and that he is travelling to the overwhelmingly Catholic country to bring the message of the Gospel to his flock and to encourage Colombians on their journey of faith and reconciliation.

During the five-day visit Pope Francis will visit four cities making day trips from the capital Bogotà where he will be based, to Villavicencio, Medellin and Cartagena.

As always he will be meeting with political and with Church leaders, but also with groups of victims, with families, with disabled people, with poor people, with former guerrillas, with his brother bishops, with  CELAM as well as with priests, nuns, religious and laypeople.

In Villavicencio he will beatify two Catholic priests killed during the conflict and in Cartagena he will pray at the Church of St. Peter Claver.

Francis will preside over Mass in all four cities and his discourses and homilies are expected to touch on issues that are particularly poignant to Colombians such as the care for creation, the power of reconciliation, the defense of life and the upholding of human dignity and rights.