Pope Francis: appeal for end to violence against Rohingya 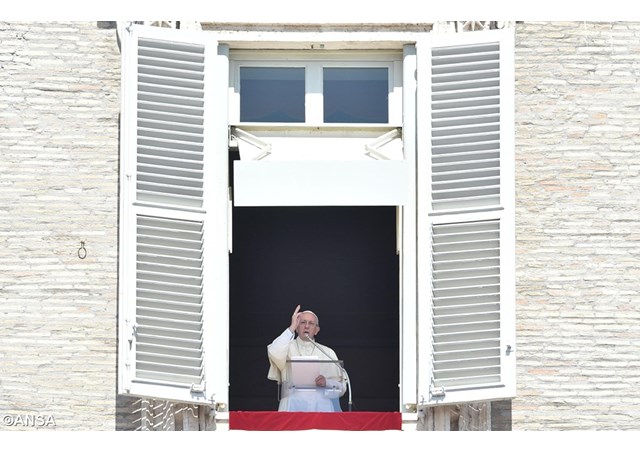 (Vatican Radio) Pope Francis on Sunday appealed for an end to the violent persecution of the minority Rohingya population in Burma.

Speaking to pilgrims and tourists in St. Peter’s Square following the Angelus prayer, the Holy Father said, “Sad news has reached us of the persecution of our Rohingya brothers and sisters, a religious minority. I would like to express my full closeness to them – and let all of us ask the Lord to save them, and to raise up men and women of good will to help them, who shall give them their full rights.”

Pope Francis went on to say, “Let us pray for our Rohingya brethren.”

Who are the Rohingya?

The Rohingya are an ethnic minority who live mostly in Rakhine State – sometimes styled Arakan – on the western coast of Burma, and practice Islam. The government of Burma – also known as Myanmar – does not recognize the citizenship or the ethnic minority status of the Rohingya.

After several years of fighting with the majority Buddhist population in the state, Rohingya began fleeing their native land en masse, precipitating a refugee crisis.

Organized violence against the Rohingya, with the participation of government forces, has been underway since at least 2015, with spikes of intensity in 2016 and 2017.

Nearly 100 thousand Rohingya have fled to Bangladesh in the past year, though the Bangladeshi government has yet to recognize the refugee status of the displaced minority.

Pope Francis’ appeal Sunday follows fighting between the Rohingya and the regular Burmese army on Friday in the city of Maungdaw, which is reported to be the worst since October of last year, and has prompted evacuations from the area of government personnel and of non-Muslims. Nearly 100 people are officially reported dead in the ongoing clashes, including 80 Rohingya insurgents and 12 members of the Burmese security forces deployed in the theatre.