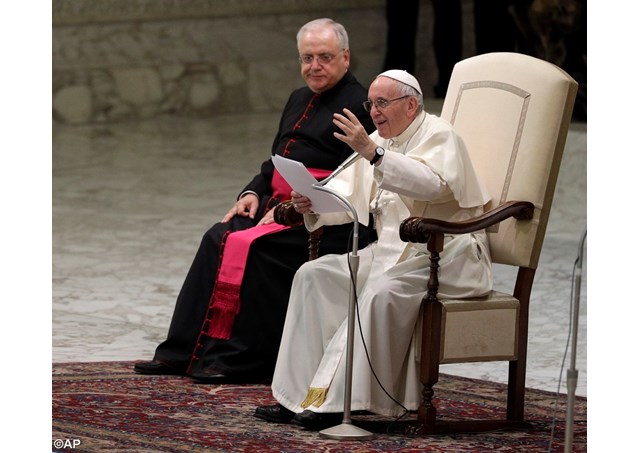 The university centre, which began in 1994 in connection with a project of the University of Buenos Aires, teaches primarily sociology and applied sciences, including computer science and information technology.

Pope Francis has made regular phone calls to the inmates who study in the centre, which is beginning a new music programme.

In his message, Pope Francis says, “The inmates are serving a penal sentence – a sentence for errors they have committed. Let us not forget, however, that, for punishment to be fruitful, it must have a horizon of hope, otherwise it remains locked in itself and is only an instrument of torture, it is not fruitful.”

The Holy Father goes on to say that what is needed is specifically the hope for social reintegration, for which social formation is a necessary ingredient.

“That,” he says, addressing himself directly to the student-inmates, “is what you are doing,” i.e. looking to the future with hope.

“With this new music course you are looking toward social reintegration, [and] you are already reintegrating yourselves through your studies with the University of Buenos Aires.”

Punishment with a horizon of hope

The Holy Father also thanked the founders, directors, faculty and staff of the Ezeiza university centre, and asked the students to remember him in their prayers.

Below, the full video in the original Spanish