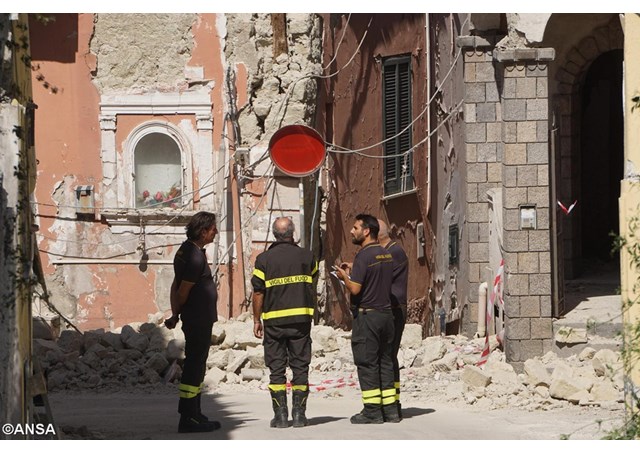 (Vatican Radio) Pope Francis during his General Audience on Wednesday expressed his closeness to those affected by a magnitude 4.0 earthquake that hit the IItalian island of Ischia on Monday night.

At least two people were killed and three young children, including a 7 month old baby were pulled from the rubble by firefighters.

One of the victims was an elderly woman who was in a church that crumbled in the disaster.

Dozens of people were injured when the quake struck and around 2,600 people were left homeless.