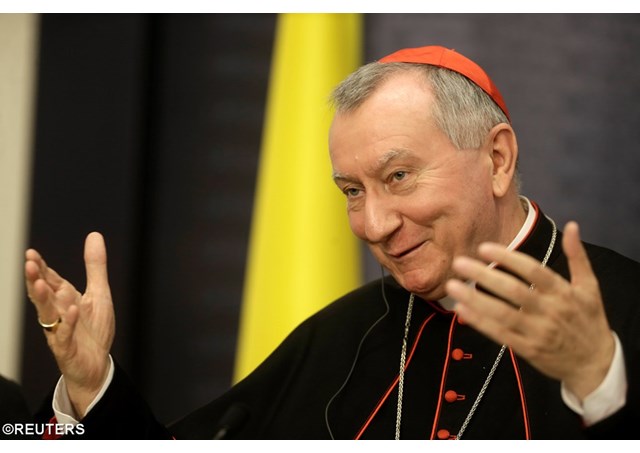 (Vatican Radio)  Cardinal Pietro Parolin travels to Russia for a state visit on 21-24 August out of a desire to "build bridges and increase mutual understanding and dialogue" and to "multiply opportunities of encounter" with the Russian Orthodox Church.

The Vatican's Apostolic Nuncio to the Russian Federation, Archbishop Celestino Migliore, made that assessment of the Secretary of State's trip in an interview with Susy Hodges.

Archbishop Migliore said the Holy See "is following with attention and concern the various crises underway throughout the world."

Cardinal Parolin's four-day visit to Russia, he said, offers a way "to contribute to a peaceful resolution" to those crises, as he will call "for goodwill, opportunities, and understanding among the main actors on the international scene."

"It is now a question of walking together in the Gospel footsteps, multiplying opportunities for fraternal encounter, exchange of views and experiences, proclamation of the Gospel, and cooperation in the service to human society."

He will also meet with Patriarch Kirill and the Catholic bishops and community.

Cardinal Pietro Parolin's visit to Russia is seen as a completion of the tour he has made of the region over the past few years.

Since his appointment as Secretary of State in 2013, Cardinal Parolin has visited Belarus, the Caucasus nations, the Baltic countries, and Ukraine.