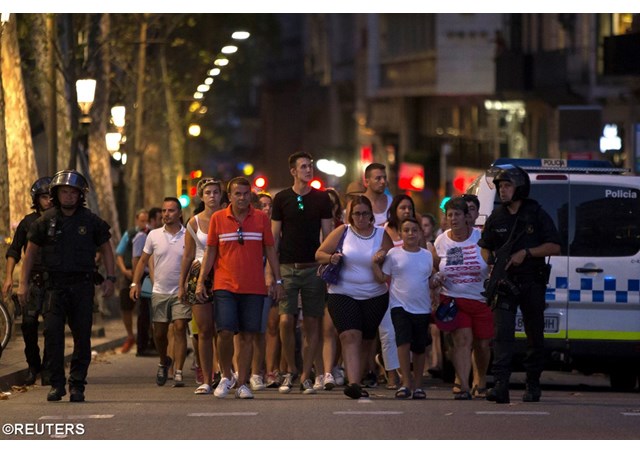 (Vatican Radio) The Director of the Holy See Press Office, Greg Burke has said that Pope Francis was greatly disturbed by what had happened in Barcelona.

He also said that the Pope prayed for the victims and expressed his closeness to the Spanish people in particular the injured and the families of the victims.

13 people were killed in the terror attack on Thursday in the popular Las Ramblas area of the city when a white van zigzagged at high speed down the busy avenue thronged with tourists, knocking down pedestrians.

As security forces hunted for the van's driver, who was seen escaping on foot, police said they had killed five attackers on Thursday night in Cambrils, a town south of Barcelona, to thwart a "terrorist attack" using explosive belts.

Thursday's carnage was the latest in a string of attacks in the past 13 months in European cities including Nice, Berlin, London and Stockholm.