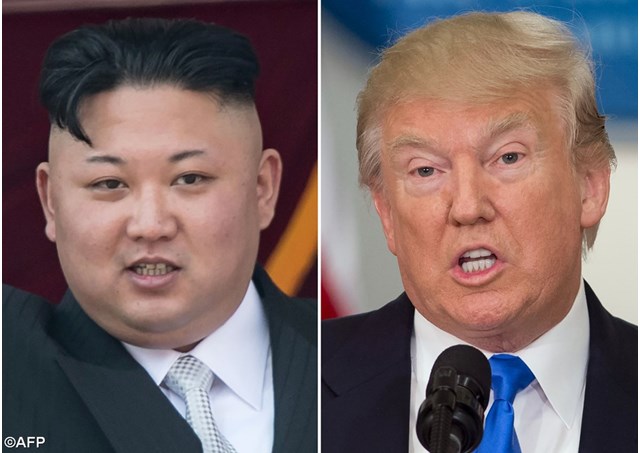 (Vatican Radio) South Korea has urged its northern neighbour to stop all action that is driving up tension on the Korean Peninsula. The government also said it will seek all methods possible to resolving tensions with the cooperation of other countries.

Earlier on Thursday, North Korea dismissed warnings by President Donald Trump that it would face "fire and fury" if it threatened the United States and outlined detailed plans on for a missile strike near the U.S.

As tensions and rhetoric heat up Lydia O’Kane spoke to Fr Paul Lansu, Senior Policy Advisor with Pax Christi International about what can be done to resolve the current situation.

Speaking about the seriousness of the situation, Fr Lansu said that, “for me the rhetoric on all sides have been increased; the rhetoric is very strong on both sides, so my first point is that the escalation of that type of rhetoric needs to be stopped otherwise the situation is created that the tensions are growing…

The second point, he made is that, “it is really necessary to follow the scenario of diplomacy"… adding that today there are almost no diplomatic channels… The Pax Christi expert also noted that China and perhaps Russia could play a strong role in “creating diplomatic channels" in reducing the tensions and finding a way to start negotiations and talks as was done in the past.

Highlighting the past role of the six party talks which included the participation of North and South Korea, the US, China, Russia and Japan, Fr Lansu said that new talks in the format of the six party model would be a path to follow.