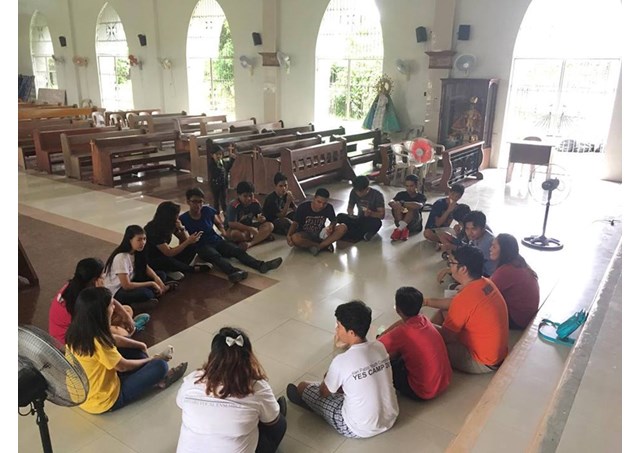 (Vatican Radio) The biggest event of the Asian Catholic Church this year, is taking place in Yogyakarta city, Indonesia, next week.  The 7th Asian Youth Day (AYD7) is being hosted by the Archdiocese of Semarang, August 2-6, with over 2000 ‎‎young people from ‎‏‎21 ‎Asian countries rallying around the theme, “Joyful Asian Youth: Living the Gospel ‎in Multicultural Asia‎!”‎ The continent-level event has been held in various Asian cities since 1999 in intervals of 2, ‎‎3 ‎and 5 years, with the last AYD in Daejeon Diocese in Korea in 2014, in which Pope Francis participated.

Organizers have divided the entire AYD into three events spread across 11 days from July 30 to August 9.  On arrival, the participants will head to the 11 of Indonesia’s 37 dioceses who will be hosting them from July 30 to August 2 in what is called Days in the Dioceses (DID).  All the participants will then converge in Yogyakarta from August 2 to 6 for the central event of the AYD7.   The 5 days will include a variety of activities such as adoration, confession, Mass, reflections, testimonies, workshops, group sharing, country exhibits and cultural performances.  After the main event, the Asian Youth Ministers will stay back for a meeting, August 6 to 9.

Among the 21 countries participating in the AYD is also the Philippines.  To know about it, we called Fr. Conegundo Garganta, the executive secretary of the Episcopal Commission on Youth of the Catholic Bishops’ Conference of the Philippines.  Speaking to us on the phone from Manila Fr. Garganta  first talked about the Philippine youth delegation to the Asian Youth Day.

Fr. Garganta said that 69 young people have been officially registered with the AYD7 but with bishops and youth ministers accompanying them, the entire delegation has 82 members.

The young people will first head to the Indonesian dioceses of Bogor and Jakarta for the Days in the Diocese (DID).  The young people have been preparing for the event following the pre-event modules of the AYD, that recommend reflecting and meditating on the suggested scripture passages, visiting churches, talking to priests, visiting non-Christian families and communities etc.

Fr. Garganta also talked about the contribution that the Philippine young people will be brining to the AYD.  He talked about the warmth and friendship of the Filipino people, particularly visible in their smiles, and their strong faith.  They would also display the “multi-culturality” of the Philippines, where there are minority and tribal groups and followers of other faiths, “but still people are able to blend well.”

The executive secretary of the Philippine Episcopal Commission on Youth ‎sent a message to Filipinos abroad assuring them that despite numerous challenges and struggles, as in many countries, the faith of the Philippine people was leading them to hope  and to continue working for peace. The Church regards the young not merely as hope for the future but much more for the present.  Fr. Garganta urged the country, the Church and the government, also of other countries, to “really invest in the young people” , because they provide “new perspectives in ways of looking at life…” which promote solidarity, unity, friendship, and understanding.