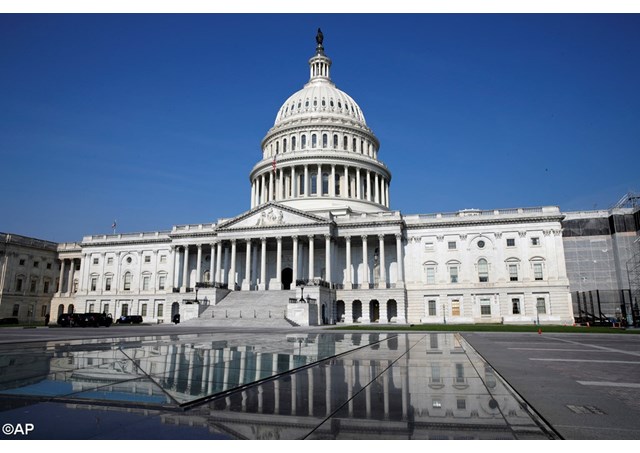 (Vatican Radio) The European Union has condemned moves by the U.S. Congress to step up sanctions on Russia without consulting the EU and other allies amid concerns it could impact energy supplies and have other negative economic consequences for Europe.

Its statement came after Democrats and Republicans in Congress reached a deal that could see new legislation pass to tighten sanctions against Russia's over its alleged meddling in the recent U.S. presidential elections.

The European Commission, the EU's executive, warned the U.S. Congress that its proposed punitive measures against Russia would have what it called "wide and indiscriminate" "unintended consequences". Brussels is especially concerned about the impact new US sanctions will have on the block's efforts to diversify energy sources.

Germany has already said it could retaliate if the United States moves to sanction firms involved with building a new Baltic pipeline for Russian gas.

European Union officials fear a German-U.S. row over the Nord Stream 2 pipeline, built by Russia's state-owned company Gazprom, could make it difficult to reach an EU consensus over the project.

The Commission's statement came while leaders of both parties of the United States Congress agreed on a law allowing fresh sanctions to punish Russia for alleged election meddling.

It would also sharply limit U.S. President Donald Trump's ability to lift any sanctions against Russia. Trump has previously said he needs diplomatic leeway with the Kremlin.

But under the proposed bill, Trump must submit to Congress a report on proposed actions that would "significantly alter" U.S. foreign policy in connection with Russia, including easing sanctions or returning diplomatic properties in Maryland and New York that former President Barack Obama ordered vacated in December.

The House is set to vote on Tuesday on a package of bills on sanctions covering Russia as well as Iran and North Korea. President Trump's time in office has been overshadowed by claims that Russia tried to influence last year's US election.

Moscow denies wrongdoing, but several U.S. investigations are looking into whether anyone in the Trump campaign colluded with Russian officials. Analysts say that the bipartisan agreement between Democrats and Republicans indicates a determination in Congress to maintain a firm line against Russia, whatever President Trump's view.

However, the European Commission is urging Washington to keep coordinating its plans with the EU and other partners in the G7 group of highly industrialized democracies at a time when Brussels is already worried about Trump's "America First" policies.