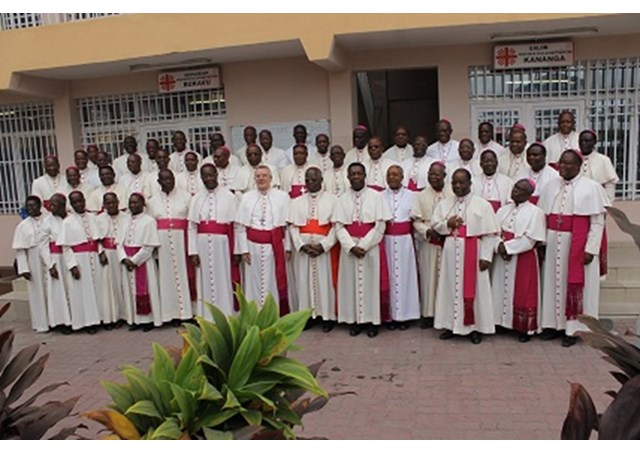 Gunmen in restive eastern Democratic Republic of Congo kidnapped two Catholic priests in an area at the center of over two years of massacres by unknown assailants, the country's conference of bishops said on Monday.

The two priests -- Charles Kipasa and Jean-Pierre Akilimali -- were taken from Our Lady of the Angels parish in Bunyuka, located between the towns of Butembo and Beni, by a group of around 10 assailants just before 10 p.m. (2000 GMT) on Sunday.

"Priests are men of God who devote their lives to the good of the population without a political agenda. To hurt them is to harm the community they serve," the National Episcopal Conference of Congo (CENCO) said in a statement.

CENCO called upon the security forces to do everything possible to free the men. Three other priests, abducted in the same area in October 2012, still have not been freed, the statement said.

Congo's mineral-rich eastern borderlands, a tinderbox of ethnic tensions, has for more than two decades been the theatre of successive wars and rebellions.

Beni has been among the most volatile zones in the last two years. A series of nighttime massacres that began in October 2014, mostly carried out with hatchets and machetes by unidentified assailants, has killed hundreds of civilians.

Over 930 prisoners were freed last month in an attack on the town's main prison that also killed 11 people. Another dozen people were killed when a so-called Mai-Mai militia coalition launched raids on the city center.