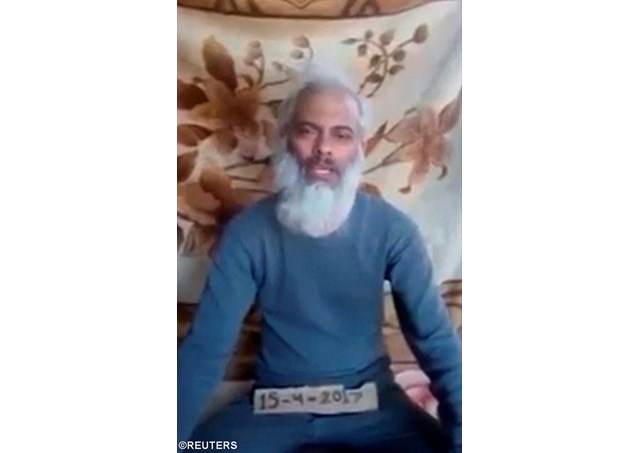 A visiting Yemeni minister has assured the Indian government that an Indian Catholic priest kidnapped in the Arabian state last year is still alive and efforts to trace him are continuing.  India’s External Affairs Minister Sushma Swaraj on Tuesday held extensive talks in New Delhi with Yemen’s Deputy Prime Minister and Foreign Minister, Abdulmalik Abduljalil Al-Mekhlafi, during which she conveyed India's concern for the safety of Father Tom Uzhunnalil, and requested for "continued assistance from the Yemeni authorities in securing his safe and early release."

The 56-year-old Salesian priest was kidnapped March 4, 2016, after suspected Islamic terrorists stormed a home for elderly people managed by the Missionaries of Charity nuns in the port city of Aden. The assailants shot dead 16 people, including four nuns before kidnapping the priest, who served as the chaplain of the house.

Al-Mekhlafi who began a 4-day India visit, assured Swaraj on the status of Fr. Tom.  An official statement by India’s External Affairs Ministry said that Al-Mekhlafi, who is on a 4-day India visit, assured that “Fr. Tom was alive and the Yemeni government has been making all efforts to secure his release. He assured all cooperation in this regard."

In February this year, at least 60 children wrote to Indian Prime Minister Narendra Modi seeking his intervention for the early release of Fr. Tom, who hails from Kerala state but belongs to the Salesian Province of Bangalore.  He had been working as a missionary under Bishop Paul Hinder, the Apostolic Vicar of Southern Arabia. Church officials said they had not received any demands for ransom in the last year and were unaware about the motive or identity of the kidnappers, making their role in the rescue effort impossible.

Amid rumors of torture by Islamic militants, two videos have appeared on social media in which the priest said sought the help of the church and Indian officials.   (Source: UCAN)