Pope: 'openness is necessary for a culture of encounter' 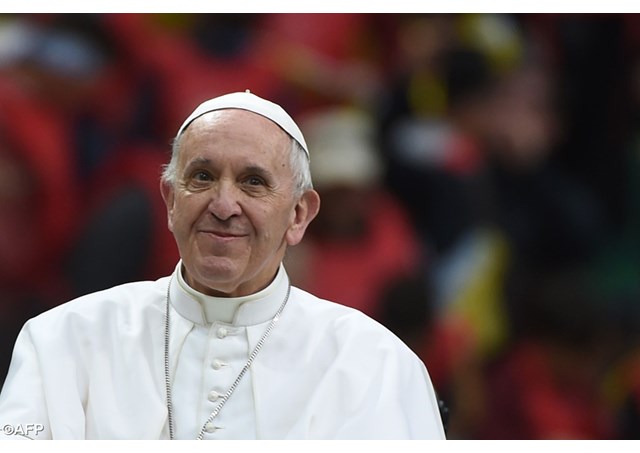 (Vatican Radio) Pope Francis has sent a video message to the Congress of the Scholas Occurentes which concludes on Wednesday in Jerusalem. The Congress focused on the theme “Between the University and the School, building peace through the culture of encounter.”

In his message, Pope Francis encouraged the participants, young and old, who had come from Israel, the Palestinian territories, and from other countries from across the globe. “I want to celebrate these days lived out there in Jerusalem,” he said, “because you yourselves, beginning from your differences, have achieved unity.”

The Holy Father praised them for seeing one another without prejudice; an attitude, he said, that is essential “because it produces an encounter.” This encounter, he said, gives our lives meaning and purpose.

And it is precisely because our lives have meaning that we feel the need to celebrate. Even more, this meaning leads us to a feeling, a sentiment, of gratitude. And it is this sentiment, the Pope said, that the Scholas has perceived to be of the essence of education, which opens us to the unknown, which frees us from prejudices that keep us from dreaming and seeking new paths. It is for this reason, he continued, “that we adults cannot take from our children and young people the capacity to dream, or to play—which is, in a certain sense, a waking dream.”

Pope Francis said the Congress in Jerusalem teaches us that we have a duty to hear young people, and to give them a context of hope so that their dreams might grow and be shared. Shared dreams can produce a “utopia” to strive after; and the utopia of the Scholas is to create a culture of encounter that allows people to arrive, not at uniformity, but at harmony.

The Pope concluded his address by thanking the adults for not closing themselves up in themselves; and for putting their learning at the service of listening. And he thanked the young people for committing themselves “to dreaming, to seeking meaning, to creating, to being grateful, to celebrating, to offering their minds, their hands, and their hearts in order to transform the culture of encounter into reality.”