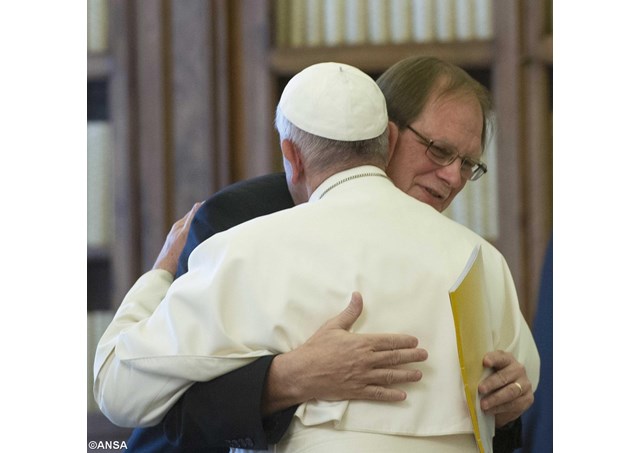 (Vatican Radio) Another “milestone” in ecumenical relations takes place in the German town of Wittenberg on Wednesday, as the World Communion of Reformed Churches signs up to the Joint Declaration on the Doctrine of Justification.

The signing ceremony takes place during an ecumenical prayer service, in the context of the WCRC’s General Council, taking place in Germany from June 29th to July 7th. The WCRC represents some 80 million Christians in Congregational, Presbyterian, Reformed, United, Uniting and Waldensian churches in over a hundred countries around the world.

Bishop Brian Farrell, secretary of the Pontifical Council for Promoting Christian Unity, is heading the Vatican delegation in Wittenberg for the signing ceremony. He told Philippa Hitchen more about the importance of this historic event…

Bishop Farrell recalls that “one of the major problems of 16th century was the theological and spiritual understanding of how the salvation brought by Christ actually takes effect in the life of people”. This “bone of contention” over whether “we are saved by grace, or we are saved by good works” was at the heart of the Reformation. But  in the ecumenical process, he says, we have come to see that we have a common understanding, “that we are saved by grace, but that that requires that we show our changed relationship to God in good works”.

The original document was signed by Lutherans and Catholics in 1999, with the Methodists signing up in 2006 and the Anglicans due to formalize their adherence later this year.  Bishop Farrell notes that this means that “Catholics and most of the historical Protestant Churches now agree on the essence of justification, so we have a much stronger basis on which to build our spiritual and ecclesial relationship”.

Bishop Farrell notes that Pope Benedict, who, as Cardinal Joseph Ratzinger, was one of the architects of the 1999 document, defined it as “a milestone in ecumenical relations”.

The secretary of the PCPCU also highlights the particular emphasis that the Reformed Churches wish to bring to the table, underlining the fact that “when we are justified by grace, we have an immediate responsibility to bring this grace into the real world through the struggle for justice”. The result, he adds, is that we will have “a stronger basis for collaborating among all Christians in this work of transforming the world” and serving those in need.

Walking and working together

The Reformed Churches, Bishop Farrell says, articulate their commitment to justice under the heading of economic justice, eco-justice and gender justice.  The Catholic Church, he says, agrees with practically all of it, as it “has been part of our Catholic social doctrine for so long”. The hope is, he said, that “we will be in a position at every local and regional level” to walk more fully together and to work better together in these fields.