Abp Ladaria to succeed Card. Müller as Prefect of CDF 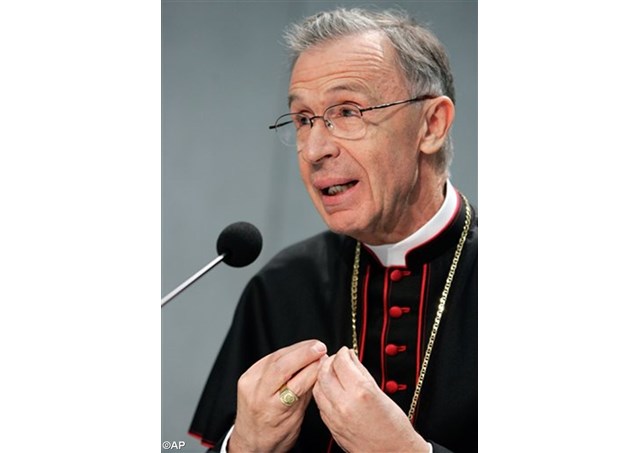 (Vatican Radio) Pope Francis on Saturday named Archbishop Luis Ladaria, SJ, to replace Cardinal Gerhard Ludwig Müller as the Prefect of the Congregation for the Doctrine of the Faith, at the end of Cardinal Müller's five-year term.

Archbishop Ladaria is a Spanish Jesuit and theologian who spent many years teaching at the Pontifical Gregorian University in Rome, before being called to serve as Secretary of CDF in 2008.

A note from the Press Office of the Holy See released Saturday says the Holy Father thanks Cardinal Müller at the end his quinquennial mandate as Prefect of the Congregation for the Doctrine of the Faith and President of the Pontifical Commission Ecclesia Dei, the Pontifical Biblical Commission and the International Theological Commission, and now calls the former Secretary, Archbishop Ladaria, to take on those roles.