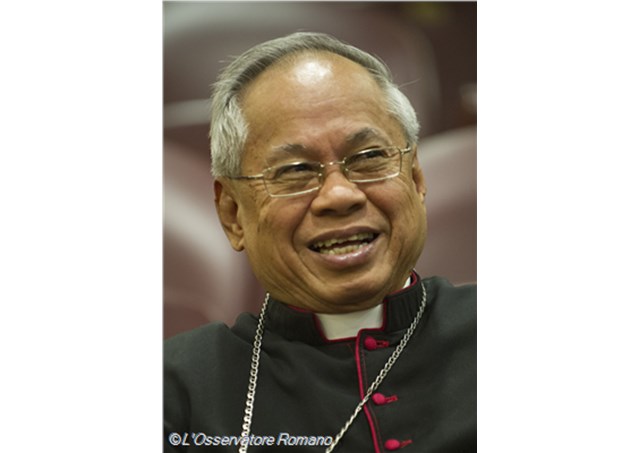 The desecration of a Catholic chapel by an armed rebel group in southern Philippines this week has been vehemently condemned by the top leader of the local Church.  The incident took place on Wednesday in the village of Malagakit, when about 300 gunmen of the Bangsamoro Islamic Freedom Fighters (BIFF) attacked Pigcawayan town in North Cotabato province at dawn and engaged in gun battle with government forces.   Hundreds of villagers fled to safety.   “Malagakit chapel was devastated after the BIFF attack.  Statues were broken and consecrated hosts scattered around the altar,” said Fr. Dominic Villa, parish priest of San Blas parish in Pigcawayan.

Cardinal Orlando Quevedo Archbishop of Cotabato deplored what he called the “wicked desecration,” saying “these are irreligious acts that cry out to heaven.”  “Such acts are similar to the desecration of a mosque and the sacred Quran by non-Muslims,” said, stressing, “Both desecrations are gravely sinful.”  Cardinal Quevedo challenged the leaders of the BIFF, a breakaway group of the Moro Islamic Liberation Front, to punish its men who have done a sacrilegious rampage.  “If the BIFF wants to have an image as a respecter of all religions, it must punish its members who perpetrated the odious desecration in Malagakit and educate all its members in strictly respecting other religions,” he said.

Fr. Villa said the statues of the Virgin Mary and a huge Crucifix were broken, and several other statues were on the floor.

Card. Quevedo called on local Catholics to restore the sacredness of the chapel and pray for lasting peace and harmony among believers of different religions.

BIFF  gunmen also vandalized a public elementary school and left a stained Philippine flag. Fr. Villa as well as Pigcawayan Mayor Eliseo Garcesa said two weeks before the June 21 attack, the text messages were circulating about a plot by BIFF to attack Malagakit, the last Christian village from Poblacion to the marshland.

Last month, members of the Maute terrorist group linked to the Islamic State, also desecrated the cathedral of Marawi city, also in the Mindanao region.  On May 23, about 500 gunmen stormed into the city, a bastion of the Islamic faith in the south of the ‎predominantly Roman Catholic nation, and  attacked St. Mary’s Cathedral taking the vicar of Marawi Prelature and several others hostage.  They set fire to the cathedral and several other protestant buildings.  Since then government troops have killed about 280 gunmen, recovered nearly 300 assault firearms and regained control of 85 buildings.