King and Queen of the Netherlands meet Pope Francis 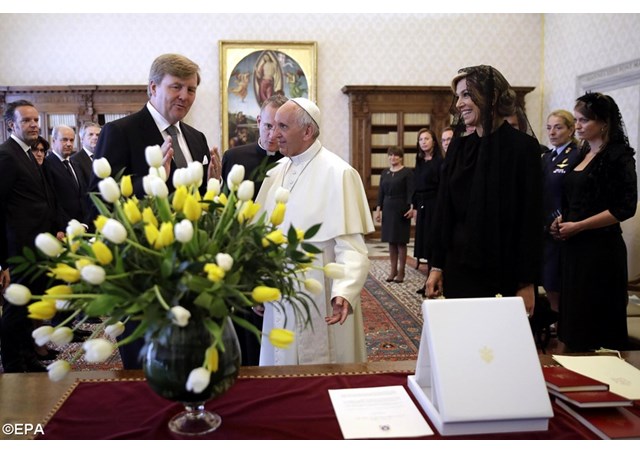 (Vatican Radio)  Pope Francis received King Willem-Alexander and his wife, Queen Máxima, of the Netherlands in the Vatican for a State Visit on Thursday.

A communiqué from the Holy See Press Office said their discussions were “cordial” and touched on issues of shared interest, including “the protection of the environment and the fight against poverty, as well as on the specific contribution of the Holy See and the Catholic Church in these fields.”

They also paid “particular attention to the phenomenon of migration, underlining the importance of peaceful co-existence between different cultures, and joint commitment to promoting peace and global security, with special reference to various areas of conflict.”

The King, the Queen, and the Pope also reflected together “on the prospects of the European project”, according to the communiqué.