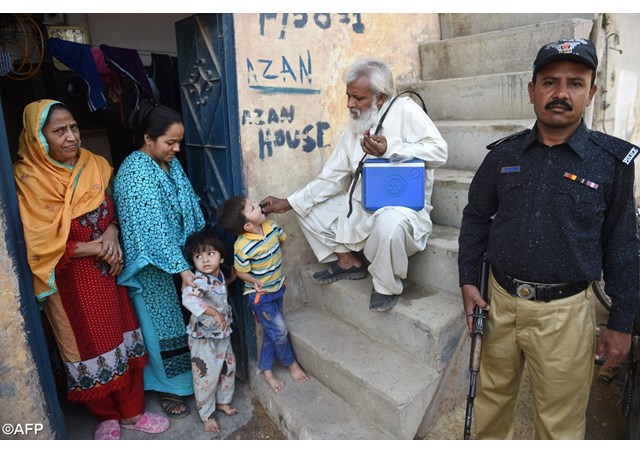 (Vatican Radio)   According to a Pakistani health official, the body monitoring the fight against polio worldwide has commended Pakistan’s efforts against the crippling disease which is scheduled to be eliminated by the end of 2017. Dr. Rana Safdar who oversees the country's fight against polio said on Friday the International Monitoring Board (IMB) of the Global Polio Eradication Initiative released a report this week saying that just two new polio cases outside the endemic reservoirs have been reported in Pakistan since January in 2017. As many as 20 such cases were reported during the same period in 2016, said the IMB report titled, “Every Last Virus”, released on Thursday.

Pakistan, Afghanistan and Nigeria are the only three countries left in the world where polio has not been eliminated.

Poliomyelitis or polio is a highly infectious disease caused by a virus which invades the nervous system, ‎and can cause total paralysis in a matter of hours. The virus is transmitted by person-to-person spread ‎mainly through the faecal-oral route or, less frequently, by a common vehicle such as contaminated ‎water or food and multiplies in the intestine. One in 200 infections leads to irreversible paralysis (usually ‎in the legs).  Among those paralysed, 5% to 10% die when their breathing muscles become immobilized.‎

Minister for National Health Services Saira Afzal Tarar welcomed the IMB report saying the government is fully committed to this battle against the crippling virus until its complete eradication.  Pakistan is scheduled to launch new anti-polio drives in July despite threats from the Taliban who perceive the campaign as part of a Western conspiracy to sterilize Pakistani children.