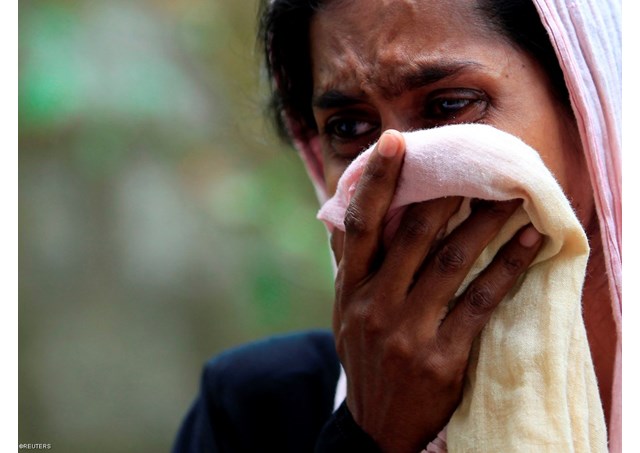 Human rights groups, religious leaders, lawmakers and the United Nations have all called on the Sri Lankan government to take immediate action against sectarian violence and growing tensions in northern and eastern Sri Lanka.  The groups blame the government for failing to halt a wave of attacks on minority groups following the illegal installation of Buddhist statutes.

Anglican pastor Marimuttu Sathivel, a human rights advocate and coordinator of the National Movement for the Release of Political Prisoners, said many Buddha statutes have been erected despite the low number of Buddhist worshipers in the region.  "Extremist Buddhist monks and their organizations spread their religion through harvesting racism, hate and communal disharmony," Sathivel said.

The Secretariat for Muslims, a civil society organization, has documented 20 such incidents over the last six weeks, including several attacks on mosques and Muslim-owned businesses.  Reports include an attack by unidentified masked motorcyclists on Kohilawatta Ibrahim Jumma Mosque May 15 and at least six petrol bombs caused damage to Kurunegala Mallawapitiya Jummah Masjid mosque on May 21.

The Center for Policy Alternatives (CPA), a leading public policy research and advocacy think tank, condemned the violence and called on the government and law enforcement agencies to hold those responsible to account and take preventative measures without delay. "The existing legal framework provides law enforcement authorities with ample tools to prevent such incidents and arrest perpetrators," the CPA said in a statement May 23.  "None of our fellow citizens should have to live in fear or be subjected to abuse and violence on religious grounds," the statement added.  The CPA said the government must honestly and actively pursue reconciliation. "The basic tenets of good governance require that the law of the land be applied equally to all, without fear or favor, irrespective of the identity of the perpetrators of division and hate," the CPA statement said.

Civil rights groups blame hard-line Buddhist groups, such as Bodu Bala Sena, the Sinhala Ravaya and Ravana Balaya, for whipping up hatred against Muslims and other minority religions through hate speech on social media. In 2014, hard-line Buddhist groups attacked Muslim-owned shops and houses resulting in the deaths of four people and injuring 80.

Speaking in parliament May 23 opposition lawmakers blamed the government for failing to halt the attacks on minority Muslims.  Lawmaker Bimal Rathnayake described the attacks as preventable and called on the government to take responsibility to prevent future incidences.

The U.N. has also called on the government to take immediate action against the violence. "I implore the government and all Sri Lankans to stand united against those inciting hatred," Una McCauley, U.N. resident coordinator in Sri Lanka, said in a statement, May 22.

Sri Lanka is a predominantly Buddhist nation with a diverse group of minority communities including Tamils, Muslims, Christians and the Burgher people, an Eurasian ethnic group.  Approximately 70 percent of the island nation's population of 21 million are Buddhist, 15 percent Hindu, 8 percent Christian and 9 percent Muslim.

A majority of Buddhists are ethnic Sinhalese who make up most of the population. Hindus are mostly from the Tamil ethnic minority.  Christians come from the Sinhalese, Tamil and Burgher communities.  (Source: UCAN)