Pope urges sisters to be 'missionaries without frontiers' 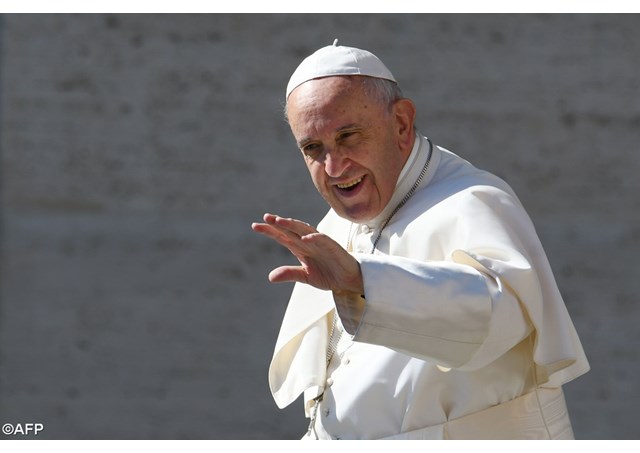 (Vatican Radio) Pope Francis met on Friday with the Little Missionary Sisters of Charity who are holding their 12th General Chapter in Rome this month. The theme of their assembly is focused on the need “to give oneself completely to God, to be completely given to one’s neighbour: missionary disciples and joyful witnesses to charity in the suburbs of the world”.

In his words to the sisters, Pope Francis noted that their institute, founded by Don Luigi Orione, is dedicated to caring especially for the poor and most marginalized members of society.

Thanking them for the work they do, the Pope urged them to be "missionaries without frontiers", bringing God’s love and mercy to all they meet.

Be bold and creative

Missionaries, he said, are called to be bold and creative people, capable of rethinking “the goals, structure, style and method” of their mission. We are living, he stressed, in a time when “it is necessary to rethink everything in light of what the Spirit is asking us”.

Be free from all ties

Pope Francis said missionaries are also called to be free and able to live with nothing but the word of the Lord to sustain them. He urged the sisters to free themselves from all material or emotional ties which hinder them from setting out on their missionary journey.

Be led by the Spirit

As missionaries, he continued, you are called to be filled with the Spirit, letting yourselves be guided as you bring the Gospel to the most unlikely places.

Be prophets of mercy

Finally, Pope Francis told the sisters they are called to be prophets of mercy, letting themselves be provoked by the call for help from so many situations of pain and suffering. Together with the other institutes founded by Don Orione, he urged them to work together in a spirit of encounter and cooperation as they share God’s love and forgiveness with all who are searching for Him in today’s world.