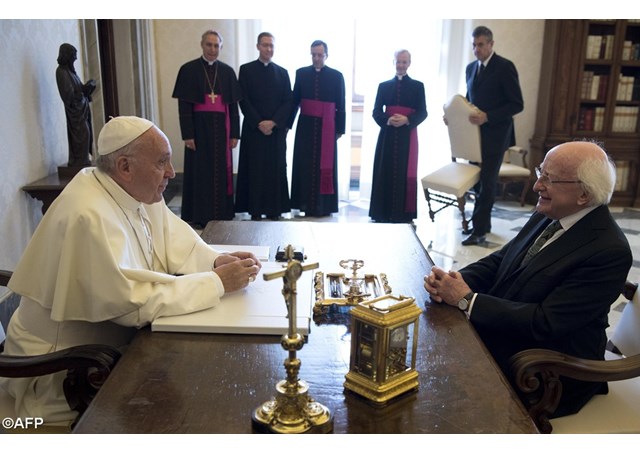 A communique released by the Holy See Press Office said that "the cordial discussions began by evoking the constructive relations that unite the Holy See and Ireland, and their collaboration."

It went on to say that "the parties then focused on several themes of mutual interest, such as the protection of the rights of humanity and its dignity in every stage and condition of life, the issue of migration and the welcome of refugees, safeguarding the environment, and sustainable development."

During the meeting special attention was paid to the young and families. The importance of ethical criteria in facing the challenges of globalization, especially at economic level, was then highlighted. Finally, there was an exchange of views on the future prospects of the European project.