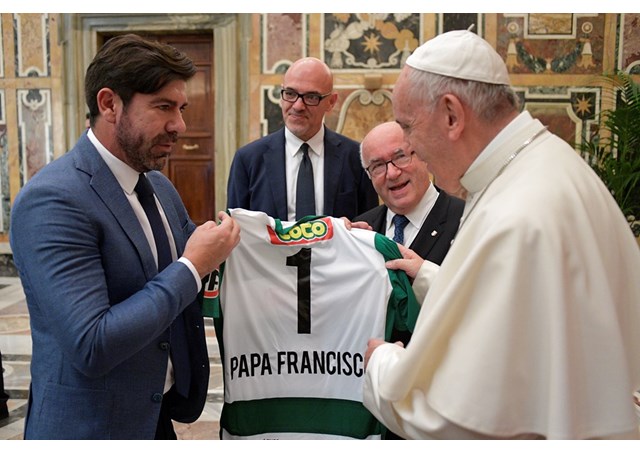 Speaking to football players, coaches and staff of the Italian football teams, Juventus and Lazio, who are about to dispute the final game of the national “Italy Cup” tournament, the Pope  reminded the football stars of their responsibility as public figures towards their fans, especially the young ones.

To the teams that he received in the Vatican, the Pope said: “I would like to reflect, briefly, on the importance of sport and consider the fascination it exerts and the impact of professional football on people, especially young people, towards whom you have a responsibility.” .

Pointing out that “champions” are role models for many young fans, the Pope said every match is a test in which they must show balance, self-control, and respect for rules and regulations.

“He, who through his behavior, puts all of this into practice, provides a good example for his followers, and this is what I wish for each of you: to be witnesses of loyalty, honesty, harmony and humanity” he said.

Unfortunately, the Pope said, episodes of violence do take place at imes in football stadiums, disrupting games and spoiling the healthy enjoyment of spectators.

My hope, Pope Francis said to the football champions, is that you may always play a part in keeping sport – sport – and thanks to the commitment of all, be promoters of harmony and cohesion between athletes and the rest of society.

Juventus and Lazio play the “Italy Cup” Final at Rome’s Olympic Stadium on Wednesday 17 May at 9pm local time.