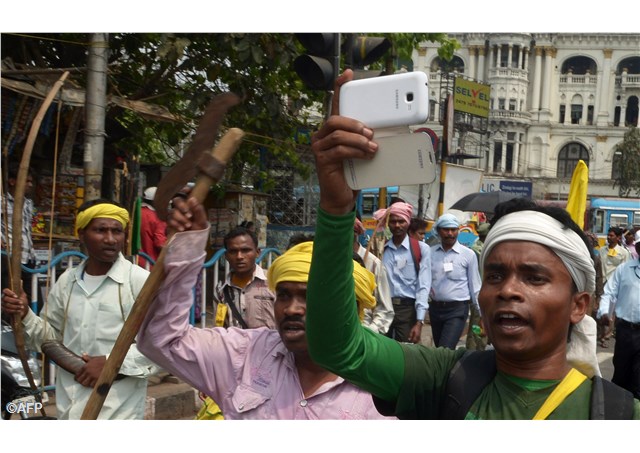 Catholic bishops from India's tribal lands have sought the intervention of President Pranab Mukherjee to ensure the rights of millions of adivasis or indigenous people.  The memorandum signed by bishops from six states with large tribal populations said they were "saddened" by the policies of state governments that have trampled over tribal people's rights.  They want the head of state "to protect the land, forest and socio-cultural rights of tribal people," the May 10 memorandum said. "Land is the only means of livelihood and sustenance" for most tribal people, as 90 percent of them are dependent on agriculture or allied activities in their ancestral land, the bishops said in their memorandum at the end of a two-day consultation at the headquarters of the Catholic Bishops' Conference of India (CBCI) in New Delhi.

The present federal and most state governments, however, "have taken various actions to alienate tribal people from their land on a massive scale to facilitate industrialists."  In the most recent example, government of Jharkhand state amended two laws that guaranteed the protection of tribal land used for agriculture. The government declared their land as non-agricultural and, since non-agricultural land does not come under the purview of protective legislation, tribal people can be evicted.  "Once alienated from their land, these tribal races of India will be lost forever similar to what happened in the USA, Canada, Australia and New Zealand in past centuries," the bishops said. Large-scale land acquisition is going on in the tribal districts of Chhattisgarh and Odisha states and "the entire tribal population of these districts will also be lost forever," they said.

The federal government enacted the Forest Rights (Scheduled Tribes & Customary Forest dwellers) Act in 2006 to restore the rights of tribal people and promised that their land would be community-owned. However, the provisions have not yet been implemented.  Jharkhand state was created in 2000 purportedly to safeguard tribal interests. Even so, the government has allowed migrants to swarm the state threatening indigenous languages, customs and traditions, the bishops said.

Although the Indian constitution guarantees religious and linguistic minorities the right to establish and manage their own educational institutions, Jharkhand government has been interfering in the affairs of church-managed schools, the bishops from the tribal heartlands alleged.  The Catholic Church runs more than 900 institutions in Jharkhand. However, state authorities set conditions for staff appointments, stalled grants and imposed their own syllabus.  "We have been finding it extremely difficult to administer our institutions which have contributed so much to nation-building," the bishops said.

The memorandum also spoke about the harassment Christians face especially in Jharkhand. Recently, state police launched a drive to collect information on Christian churches and sent out a questionnaire asking pastors about their political leanings, relationship to extremist groups, bank accounts and income. The tone of the questionnaire was "that all Christian churches and their institutions are engaged in anti-national and criminal activities. This created a sense of fear and insecurity among Christians," the bishops said.

India has some 104 million tribal people, forming 9 percent of the country's 1.2 billion population, according to 2011 census. ‎ An estimated 30 percent of India's 27 million Christians are from among the tribal people, particularly in eastern and central parts.

Father Stanislaus Tirkey, secretary of the Indian Catholic bishops' office for tribal people told UCANEWS that indigenous people are facing the same problems every state and "we plan to address it collectively."  Supreme Court lawyer M.P. Raju, who informs the bishops on legal issues, said that "We have failed as leaders to awaken the tribal people and there is a need to take these issues seriously."  "Let us forget what happened and start anew or else it will be too late," Raju told the bishops.  (Source: UCAN)