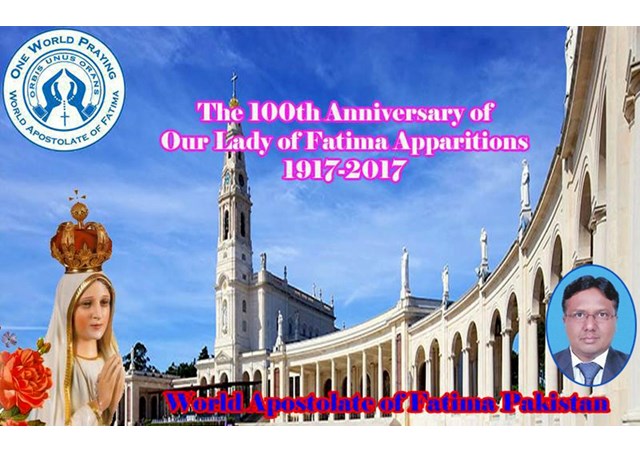 (Vatican Radio)  Catholics across the world are preparing for the centenary of the Marian apparitions in Fatima, Portugal,  on Saturday, May 13.  On that day in 1917, the Virgin Mary is said to have appeared for the first time to three shepherd children, Lucia Dos Santos and her ‎cousins Francisco and Jacinta Marto.  She continued appearing to them the same day for the next 5 months until October 13.   The message of the Virgin of Fatima is essentially one of repentance and conversion.

Pope Francis who will be in Fatima for the occasion May 12-13,  will celebrate the centenary Mass on Saturday at the Marian Shrine of Fatima, during which he will also declare Francisco and Jacinta saints.

The spread of the message and devotion to Our Lady of Fatima across the world has been largely due to the efforts of the World Apostolate of Fatima (WAF), an international association with millions of members and national centres in various countries.

Even the tiny Catholic community in Muslim-majority Pakistan is celebrating the Fatima centenary. The celebrations are being coordinated across the nation by the World Apostolate of Fatima (WAF), Pakistan, led by its regional president, Mr. Robert Younas.  Speaking to Vatican Radio from the WAF Regional Centre in Rawalpindi, he explained that the Pakistani Church is marking the Fatima centenary not on May 13 but the following day Sunday, at Masses across the country.  He has more: