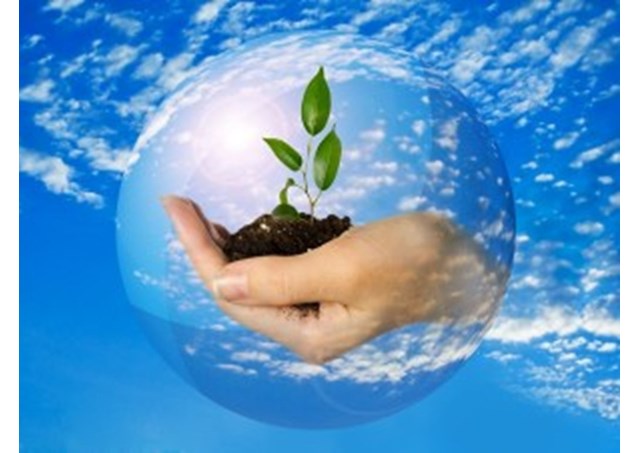 (Vatican Radio) Two years on from its publication, Pope Francis’ encyclical 'Laudato Si’ continues to be a powerful point of reference for all people seeking to provide better protection of Planet Earth for future generations.

The eagerly awaited document on ‘Care for our common home’ was signed by the pope on May 24th 2015 and presented at a high profile press conference in the Vatican three weeks later.

Earlier this month, Irish Bishop Paul Tighe, adjunct secretary at the Pontifical Council for Culture, and Kerry Robinson, founding executive director of the U.S. National Leadership Roundtable on Church Management, came together at Rome’s Lay Centre to discuss the impact of the document.

At the conference, entitled "Caring for our common home, caring for each other" they were joined by members of the Holy See’s diplomatic corps and by students from the Cambridge Muslim College in the UK and from the Center for Islamic Theology at Germany’s Tübingen University.

Just ahead of the event, we asked the Lay Centre’s Filipe Domingues to speak to Kerry Robinson about the impact of 'Laudato Si’ on the Church in the United States….

Robinson says the network of ordained religious and lay leaders with whom she works is focused on the complex challenges in management facing the Catholic Church today. These people, she says, have reacted positively to the document, seeing it as a “motivating factor for us to continue strengthening the Church”. She notes it is written to “all people, not just Catholics, raising up the important need for us all to be better stewards of the earth”.

Pope Francis, she says, does “a masterful job in connecting many of the social ills within this one document”, so it’s not just about the earth and climate change, but also about the inequity of wealth and a critique of unbridled capitalism, as well as "a clarion call" about the disproportionate effect on the poor that climate change has”.

Focus on people, not profits

She notes that some business people have found the document to be “personally challenging” but most regard it as “an important beginning of the conversation”, to which they have something extremely valuable to contribute. The Pope, she insists, is “inviting people to encounter the other, to examine our own conscience and to work together for solutions”, not focusing only on profits for shareholders, but also on concern for human dignity.

Is money holy, or sinful?

Robinson says she has spent "all my adult life thinking about the role of money, is money holy or sinful?” There is a tremendous theological ambivalence about money, she says, and while she doesn’t have the answer, she says she knows the question is an important one to wrestle with.

When considering the problems of fragile ecosystems, human trafficking, forced migration and extreme poverty, she says, it’s easy to tend towards despair. Yet the actions of leaders of all faiths, coming together around these common concerns facing our world is a sign of hope for people of all or no faith.

Fear must not be used to demonise

Robinson says she is “proud to be American” but she is also concerned about the suffering she sees around her and the response of populist politics at this time. “When I see fear as a primary motivation factor to keep people apart, or demonise one another, I know it’s not of the Spirit”, she says.